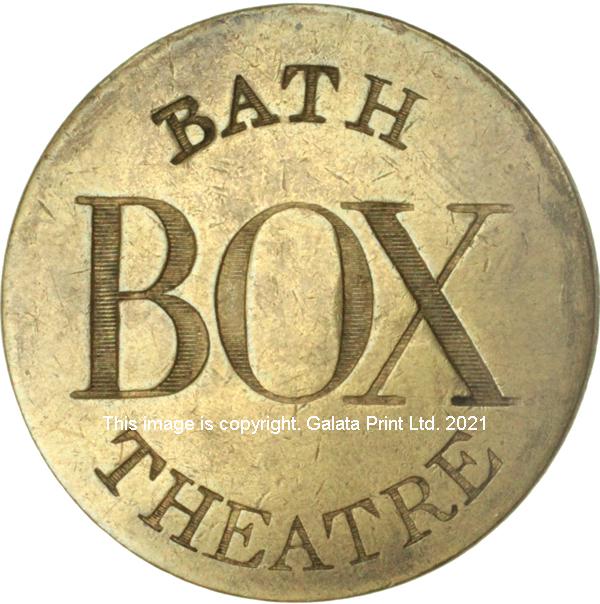 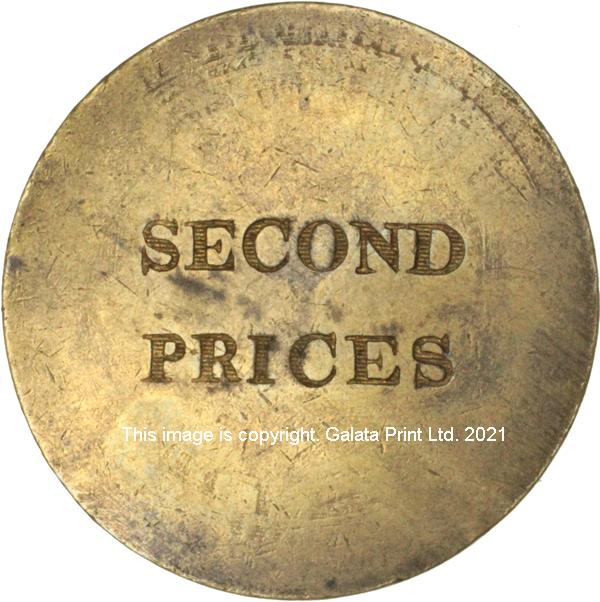 Brass. Diameter 40mm. BATH THEATRE, both curved, above and below BOX.  R. SECOND PRICES in two lines across field.  AVF