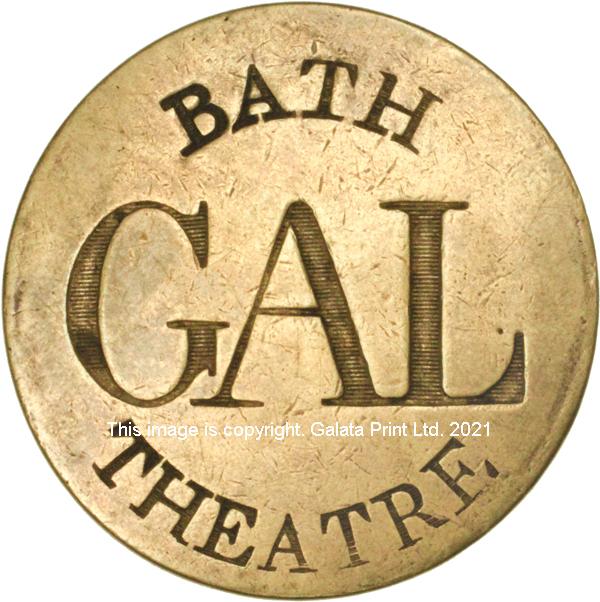 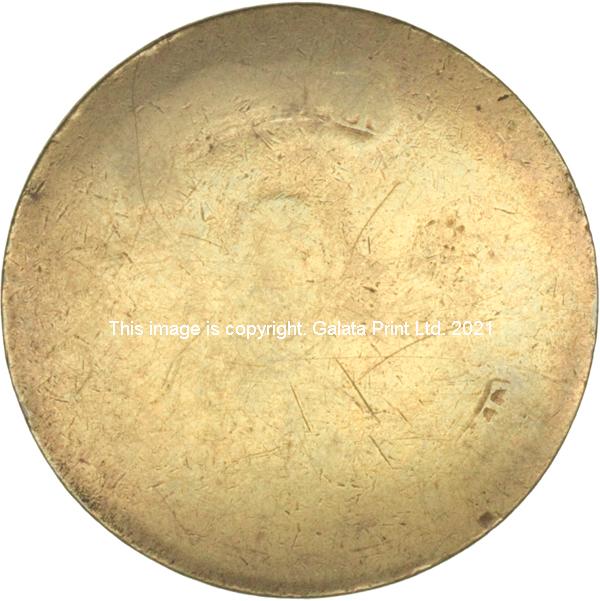 Brass, uniface. Diameter 40mm. BATH THEATRE, both curved, above and below GAL.  About VF, struck over an earlier pass.