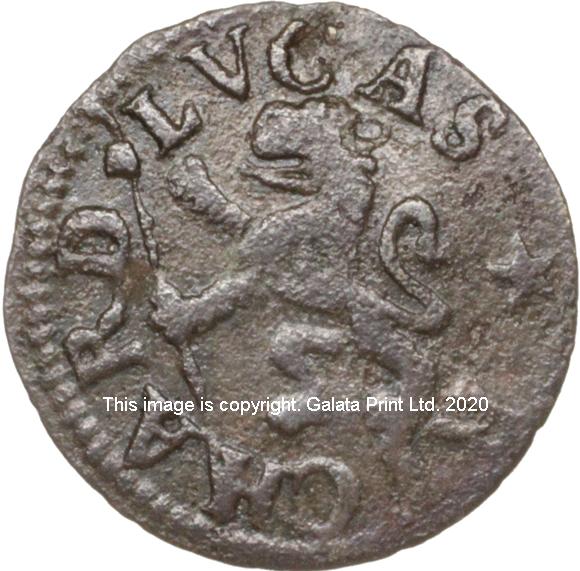 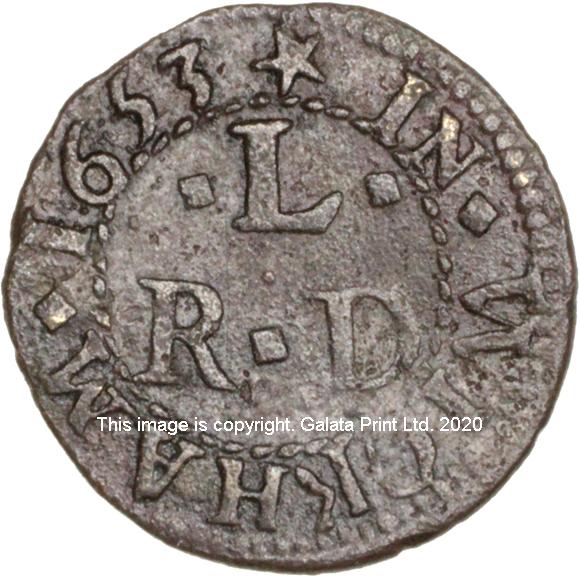 Richard Lucas was keeper of the Red Lion inn (now demolished) in the High Street opposite the Guildhall. He was mayor in 1660, 1667 and 1672. He issued tokens over a period of 17 years.  See G Berry, 17th century England: traders and their tokens, pages 139-141 (not 137 as stated in SCBI Norweb) for more information. Some two hundred years later, Benjamin Disraeli, earl of Beaconsfield, MP for Buckinghamshire, often addressed the crowds from the balcony of the inn.

High Wycombe is a large market town in Buckinghamshire, the second largest town in the county, after Milton Keynes. The town arms depict a chained swan.