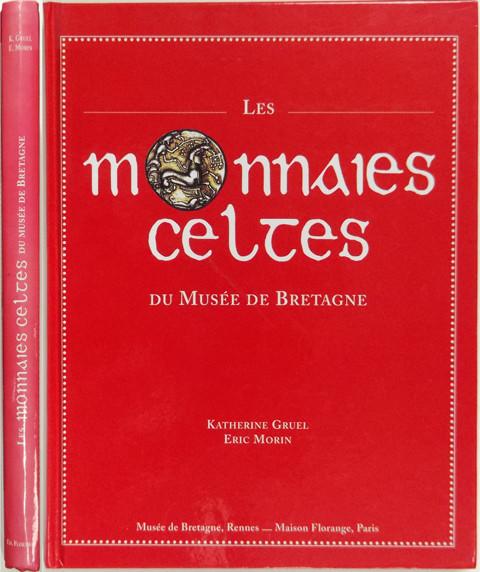 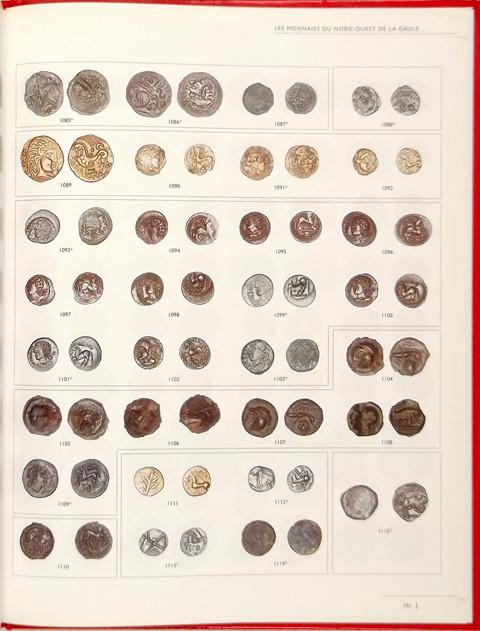 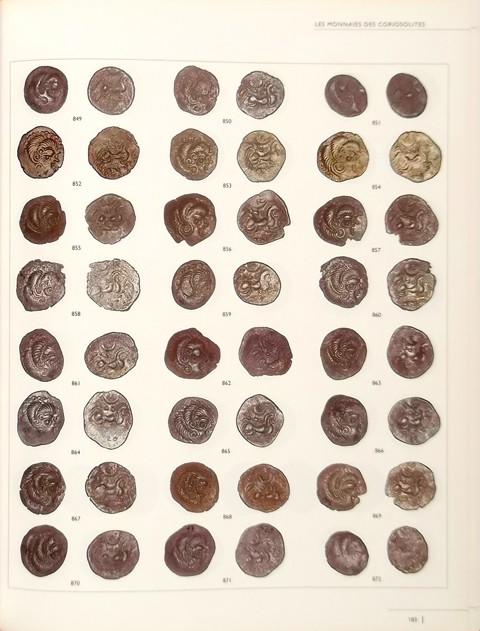 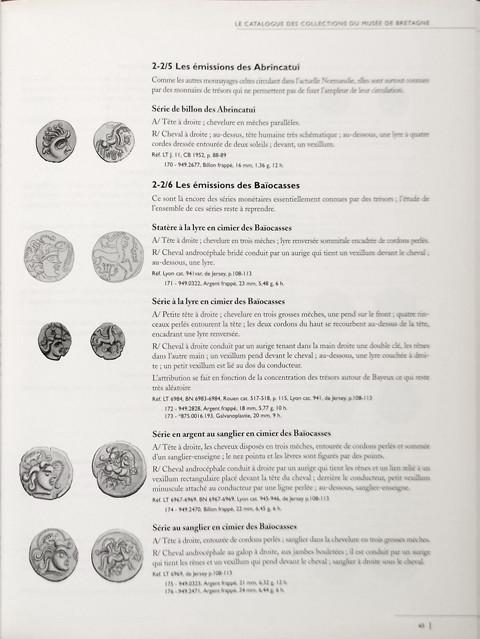 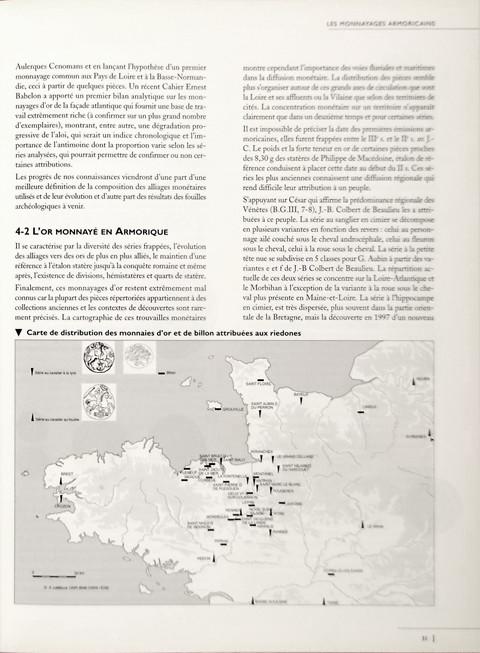 This impressive publication catalogues the remarkable collection of Gallic coins of the Musee de Bretagne in Rennes, which is one of the most important of its kind at both the national and international levels. Naturally, the coins of the Britanny area predominate, but in all 1800 coins are all described, classified and illustrated. The catalogue introduction describes the techniques used in the manufacture of the coins and the refined art of the Celtic people developed between the 5th century and the 1st century BC, which is a synthesis between Celtic and Mediterranean influences.  These are characterized by an extremely structured and stylised geometric language, which seems at times to be linked to Celtic myth and legend, the exaltation of war with weapons and shields, and the eagle, wild boar and the horse, animals linked to vitality, virility and fertility, almost to the exclusion of visual references to agriculture and trade.
French text throughout, but if you have 'O' level French you should be able to manage it.
Excellent value for money.