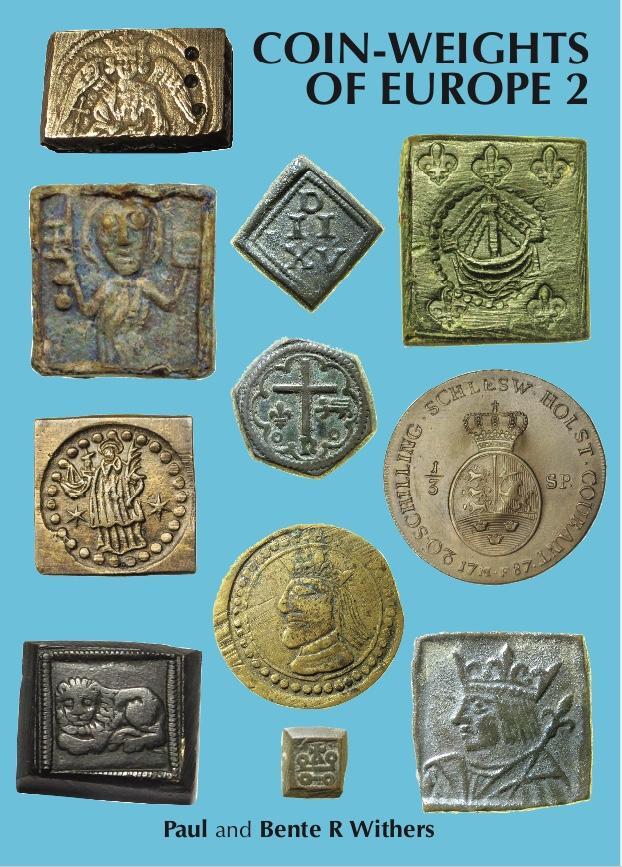 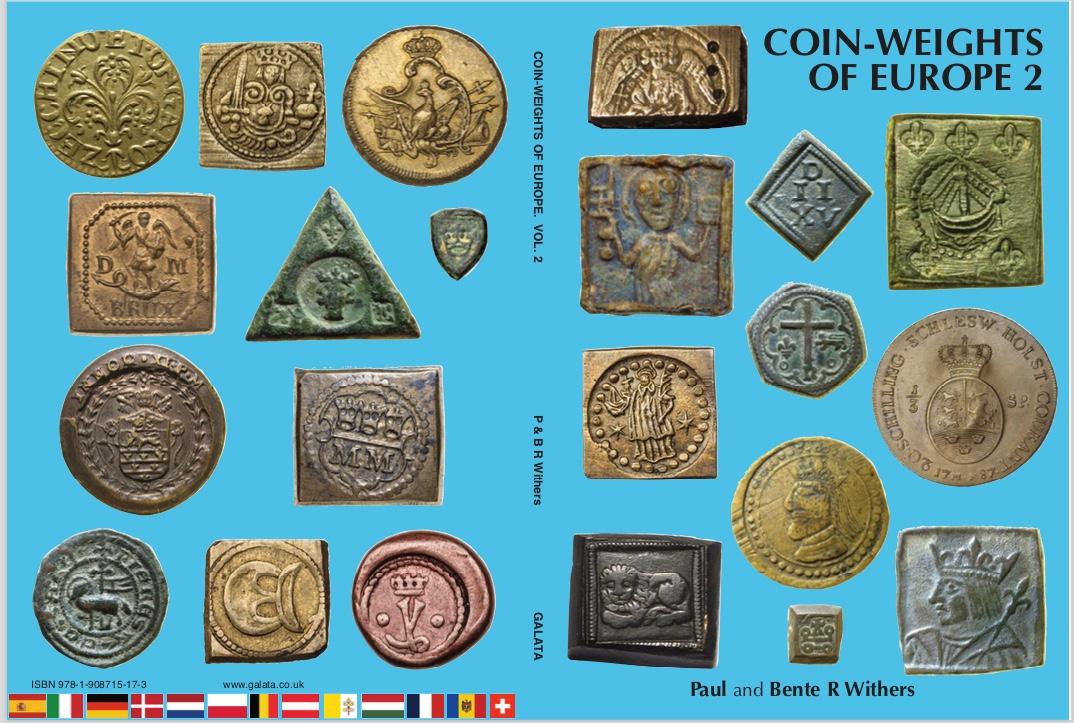 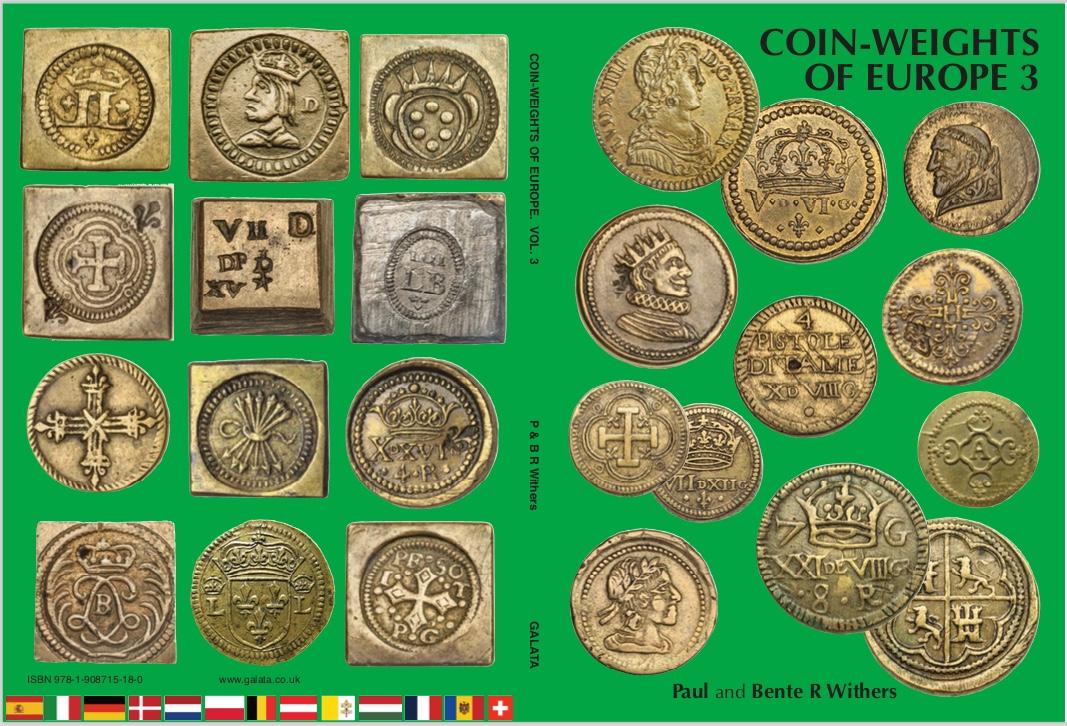 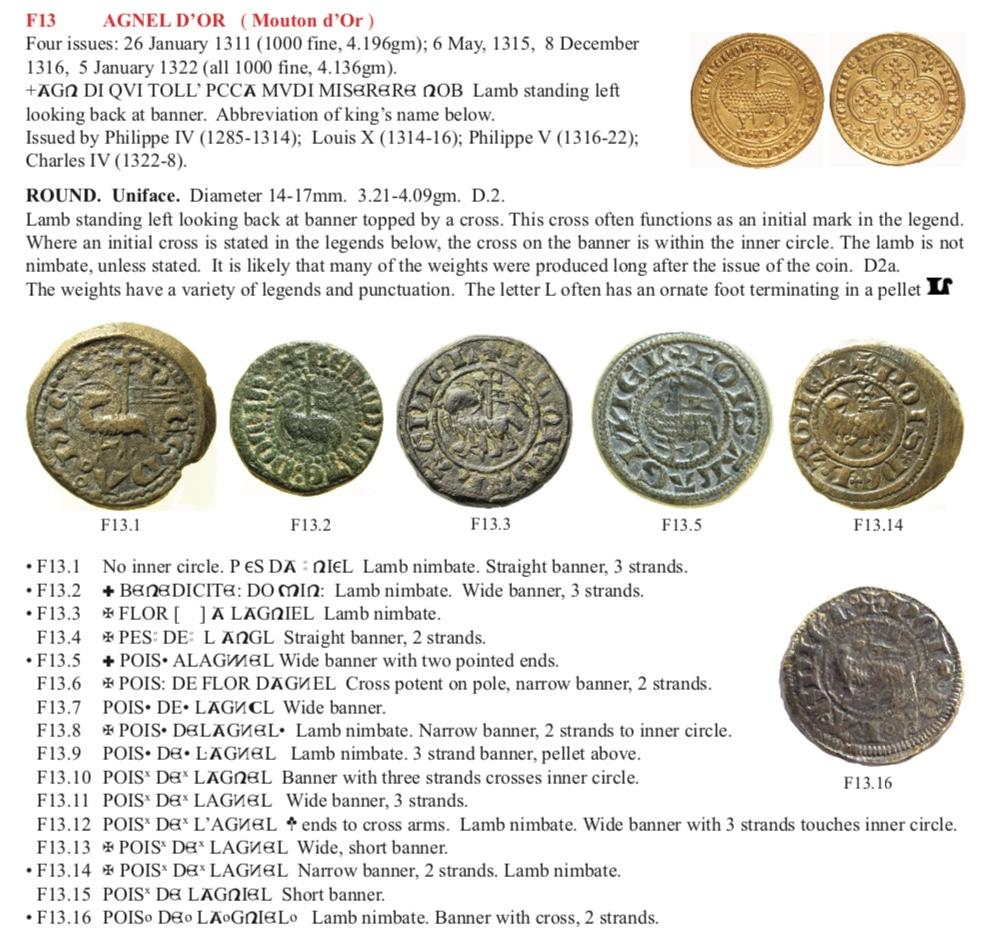 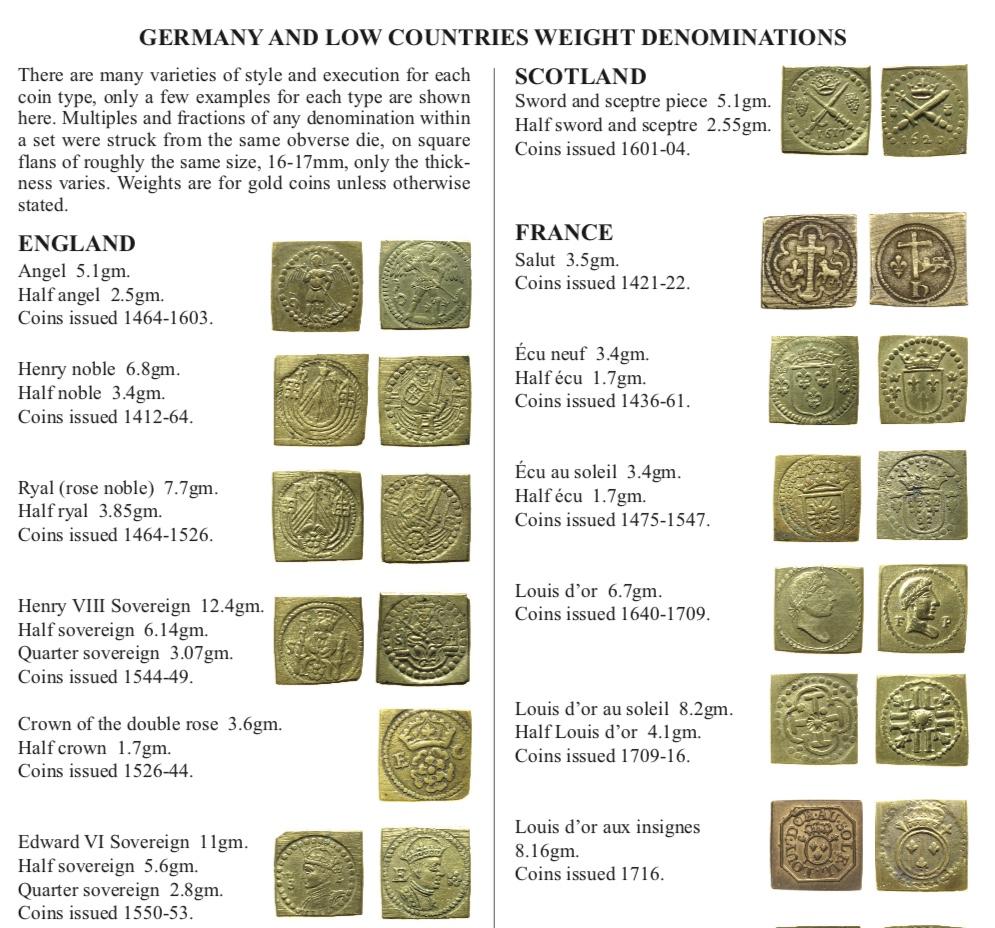 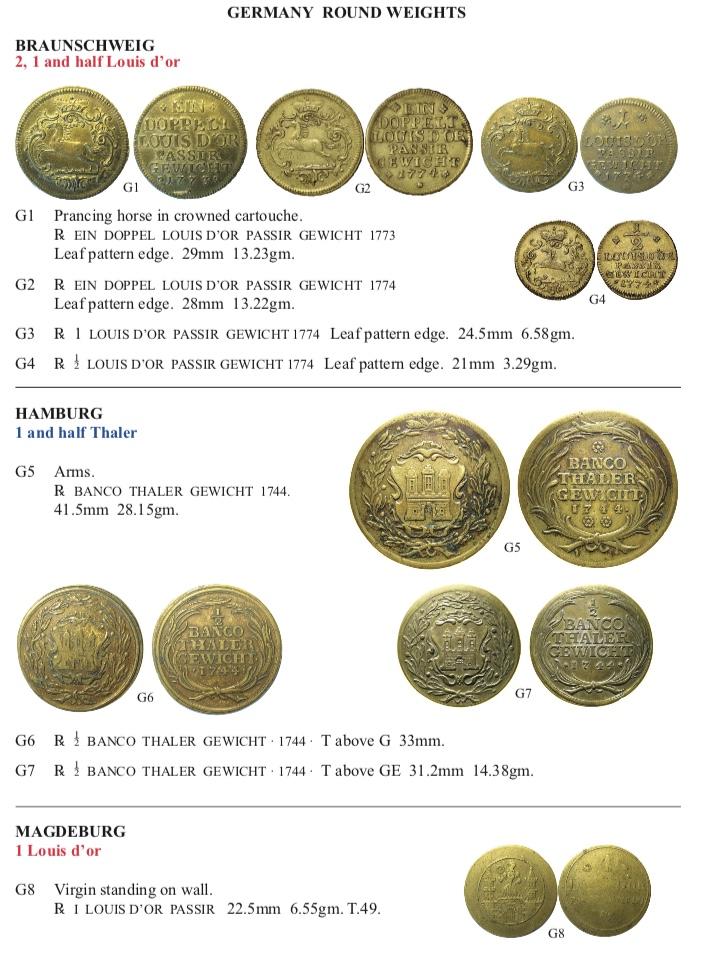 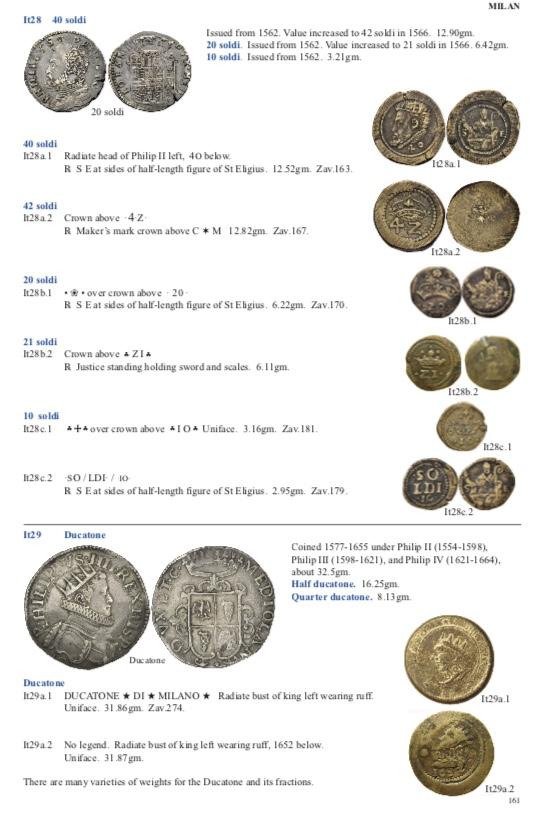 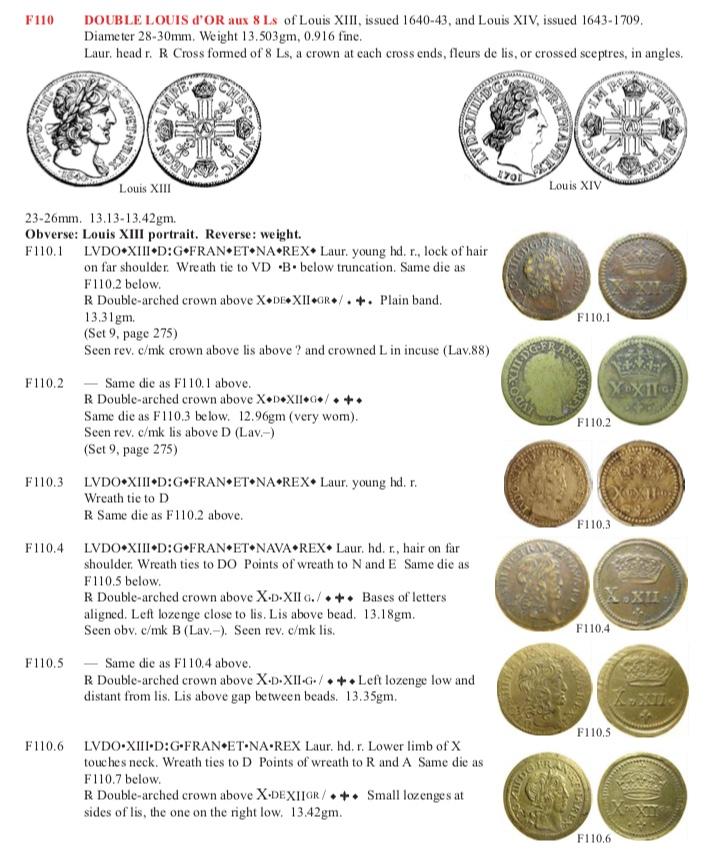 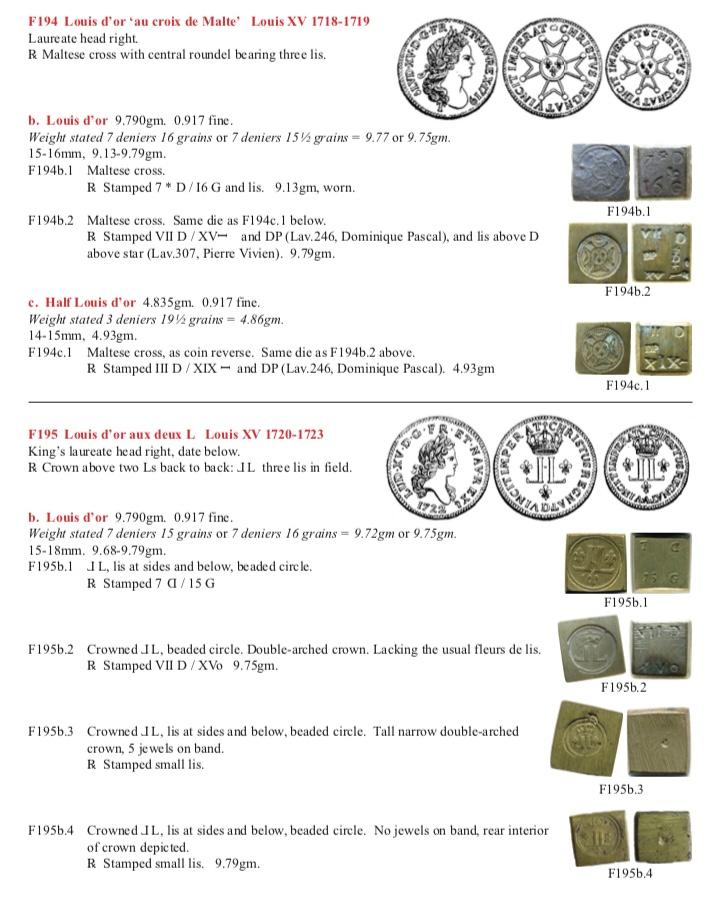 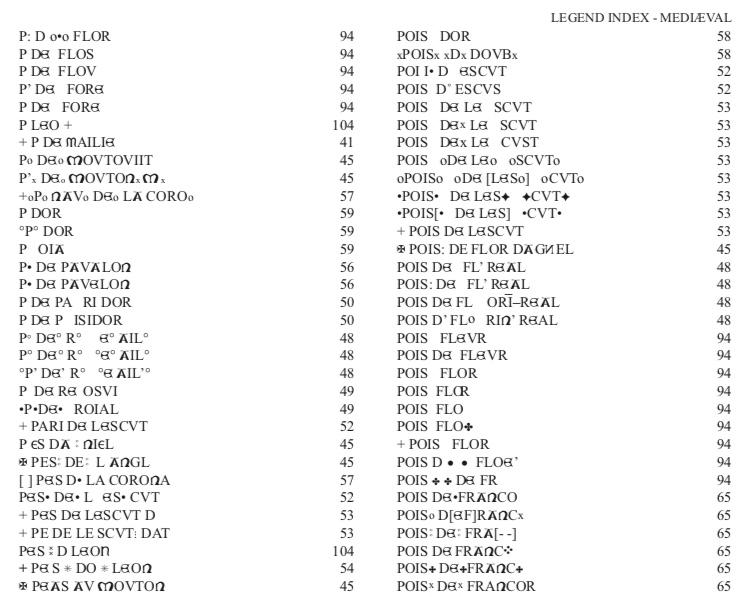 Coin-Weights of Europe, vols. 2 and 3

Paul and Bente R Withers, 2022.  2 volumes. Size A4 (210 x 297mm) 8.25 x 11.7 inches, Paperback. Over 2500 weights are illustrated in colour (with a few black and white), as well as line drawings or photographs of the coins which the weights were made to check. The mediæval weights are enlarged 2:1, the remainder 1:1. There are many hundreds of enlargements of countermarks.
Covers front and back, and partial views of sample pages shown here.

The first volume covers in detail the mediæval coin-weights of France and Flanders in lead, brass and bronze and the post-mediæval coin-weights of Europe including: the square weights of Germany and the Netherlands, a specialist listing of the round weights of Germany, the Austro-Hungarian Empire, Schleswig-Holstein under Danish rule, Poland, Moldavia. Italian coin-weights including weights issued by the Popes, for Italian, Spanish, Portuguese and other foreign coins, with enlargements of makers' marks and control marks.
The sections on the square coin-weights of the Netherlands and Germany are basically a very good identification guide to the weights. Although there is much information freely available on the internet, this is not always reliable, but what you read here is trustworthy and based on the latest information. The coin-weights of Italy are covered in a simplified way (by type, not minor varieties), and in a different fashion from traditional works as our catalogue listings are made according to their country of manufacture of the weight, so that coin-weights that were made in France for Burgundian, English, French, Italian, Portuguese, and Spanish coins are listed under France. Weights with a knob (knop), or pin on top are not generally listed in our books. We have deliberately left them out. They are simply neither rare nor unusual, and less interesting. However, some weights of this kind are included along with pictures of weights in boxes and the scales, to tell a little more of the story of weights and weighing.

The second volume has specialised coverage of the post-mediæval round and square coin-weights of France. A feature of the book is that the type-setting matches as closely as possible the relative sizes and styles of the legends on the weights, including reversed lettering and special characters.

Countermarks from the City of Lyon are illustrated enlarged (with references to Lavagne) along with those from other mints.

Map of the precious metal assay regions and marks.

Both volumes (sold only together)    Just published