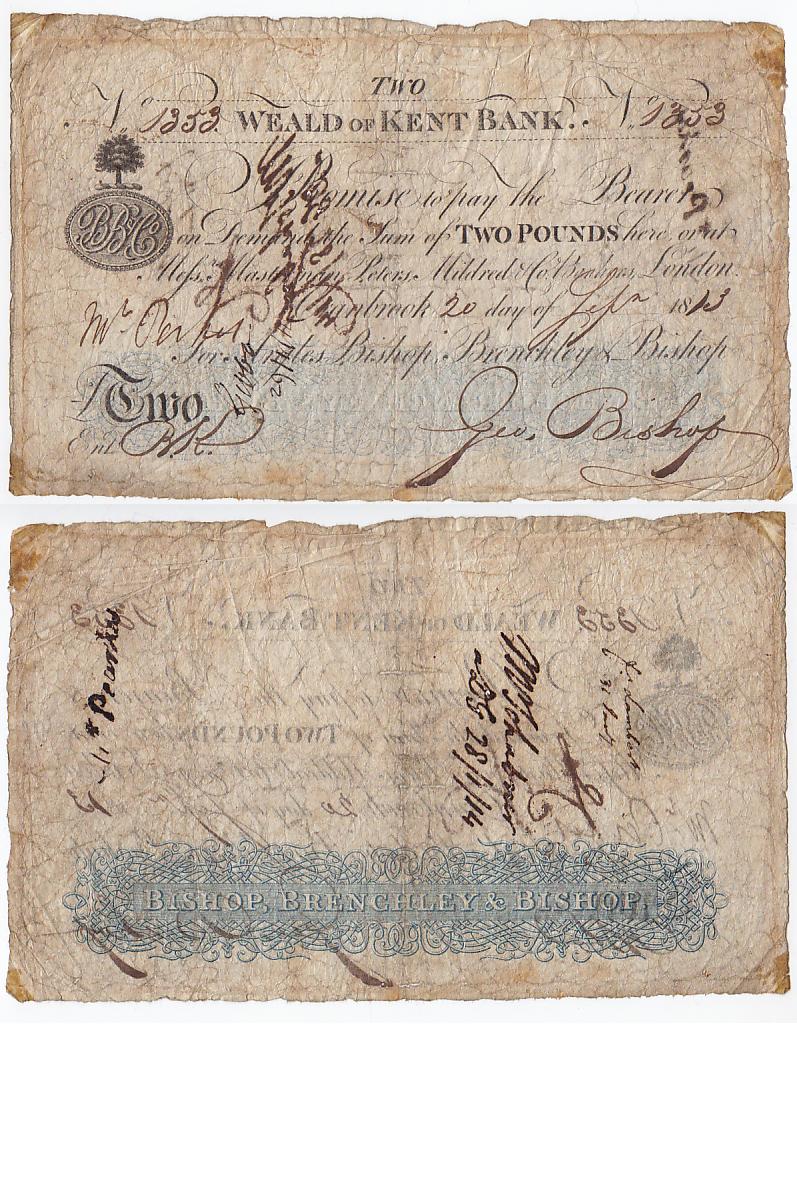 In the Universal British Directory of 1791, George Bishop is mentioned as a Justice of the Peace, Sir William Bishop, Bart., as a Jurat, and George Bishop & Co., as malt-distillers.

George Bishop was Mayor of Maidstone in 1777 and 1786, and Sir William Bishop in 1778 and 1787. Sir William Bishop, Knight, distiller, who was knighted during his mayoralty by George III, lived in a house “standing back from the street, nearly opposite the Judges’ Lodgings in Lower Stone Street”. He died in 1817 aged 83.

J M Russell in his History of Maidstone, 1881, writes that a distillery for the making of Hollands gin was established in Maidstone by George Bishop, a native of the town, who, having learned the art of distilling in Schiedam, returned to England with the intention of setting up a distillery in Maidstone. After much opposition, particularly from the Chancellor of the Exchequer, an Act of Parliament was obtained. The demand for this spirit became very large. A large brick building with yards and other premises was erected on the south side of Bank Street, near the Swan Inn and adjoining the old Kentish Bank of Messrs. Brenchley & Co., and by 1789 the distillery was in full operation. Maidstone Hollands gin was soon in great demand. When the originator died, the concern was left in the hands of his relatives, 'Sir William Bishop, George Bishop, and Argles Bishop, whose affairs got into confusion through extravagance and mismanagement, and in 1818, the distillery was sold. It was then carried on by the purchasers under the management of George Bishop for about a year, when in consequence of an application made by Argles Bishop to carry on, under the same powers, an opposition distillery which he had set up in premises in St. Peter Street, which have since become part of the Medway Brewery.

In response to the latest craze for locally distilled gin, it is again being produced.