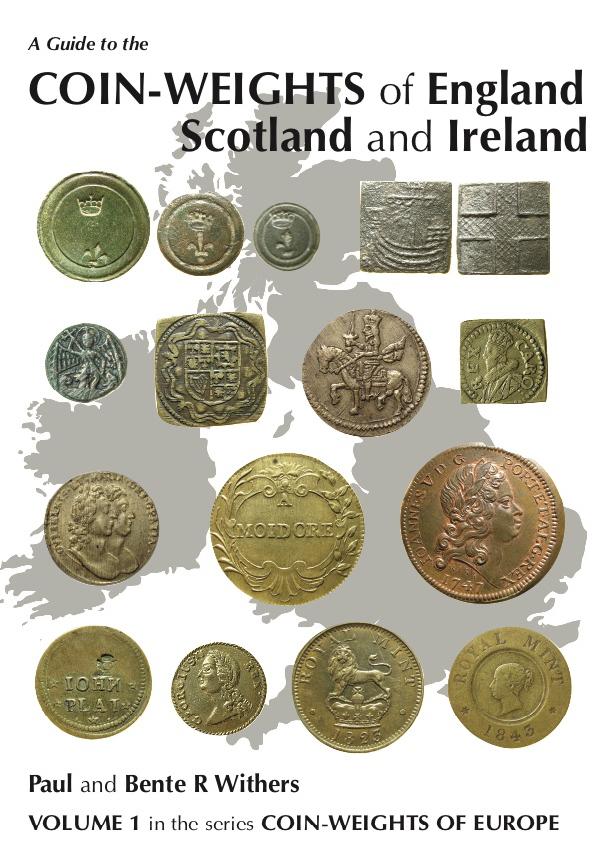 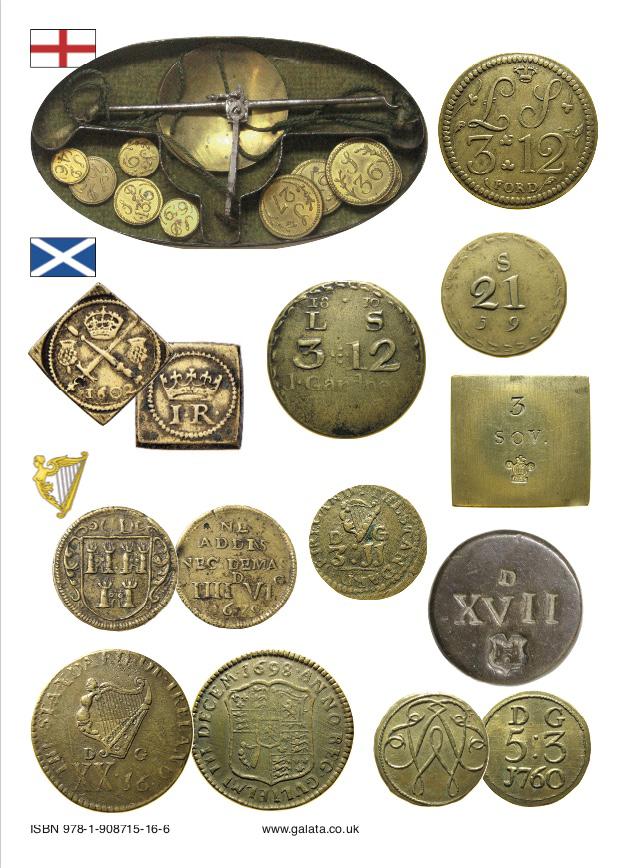 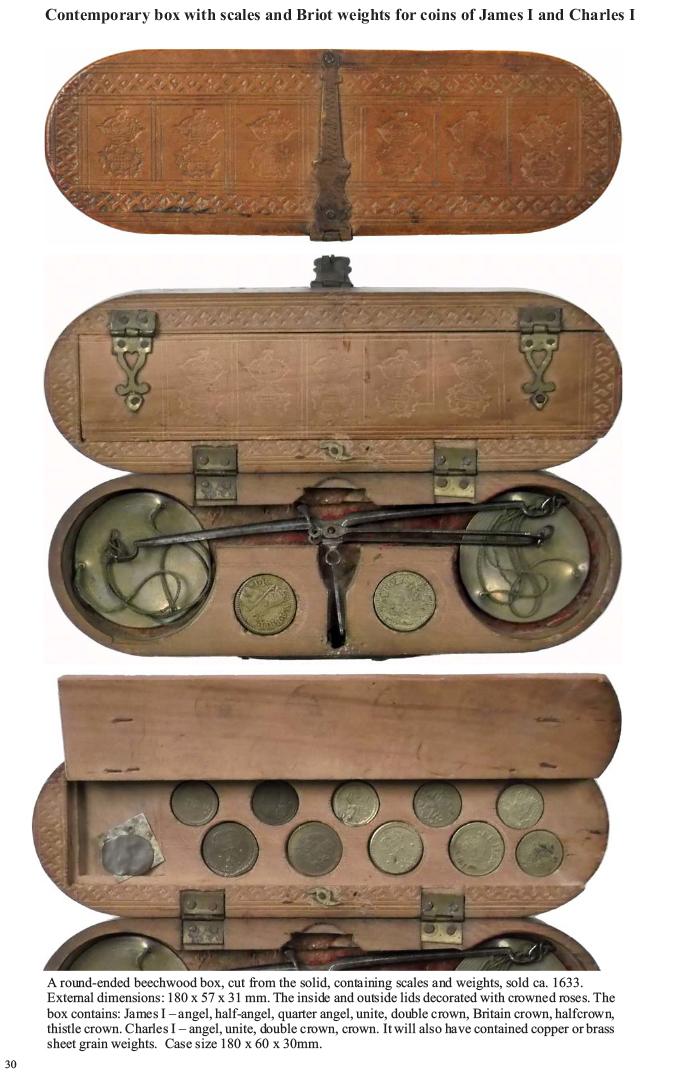 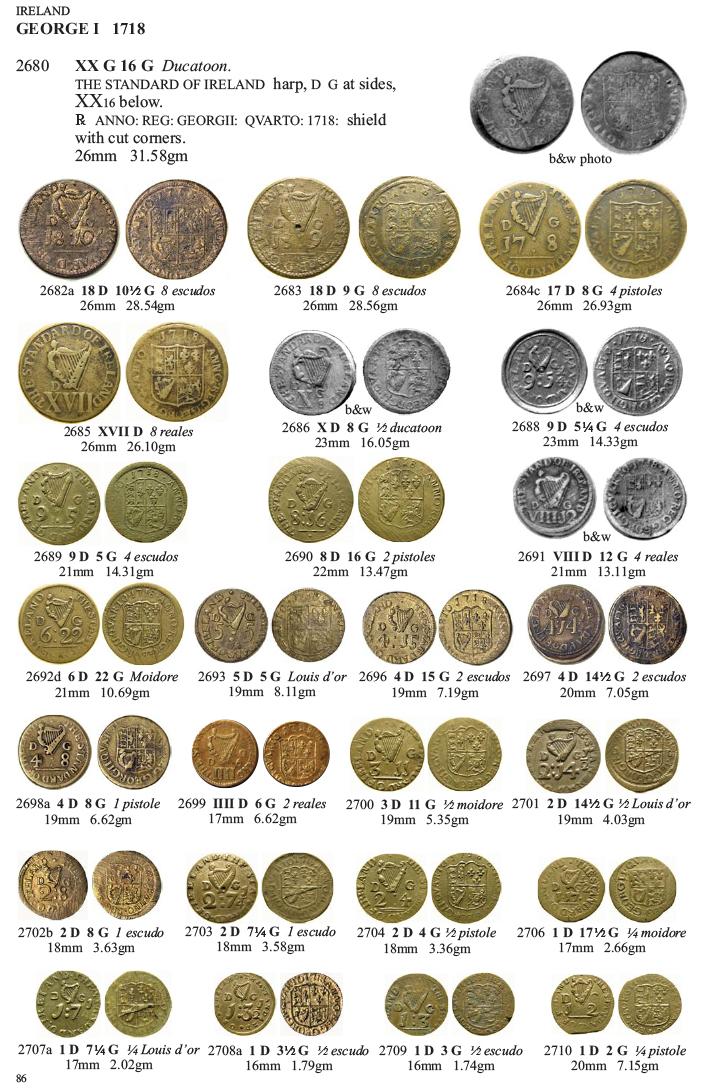 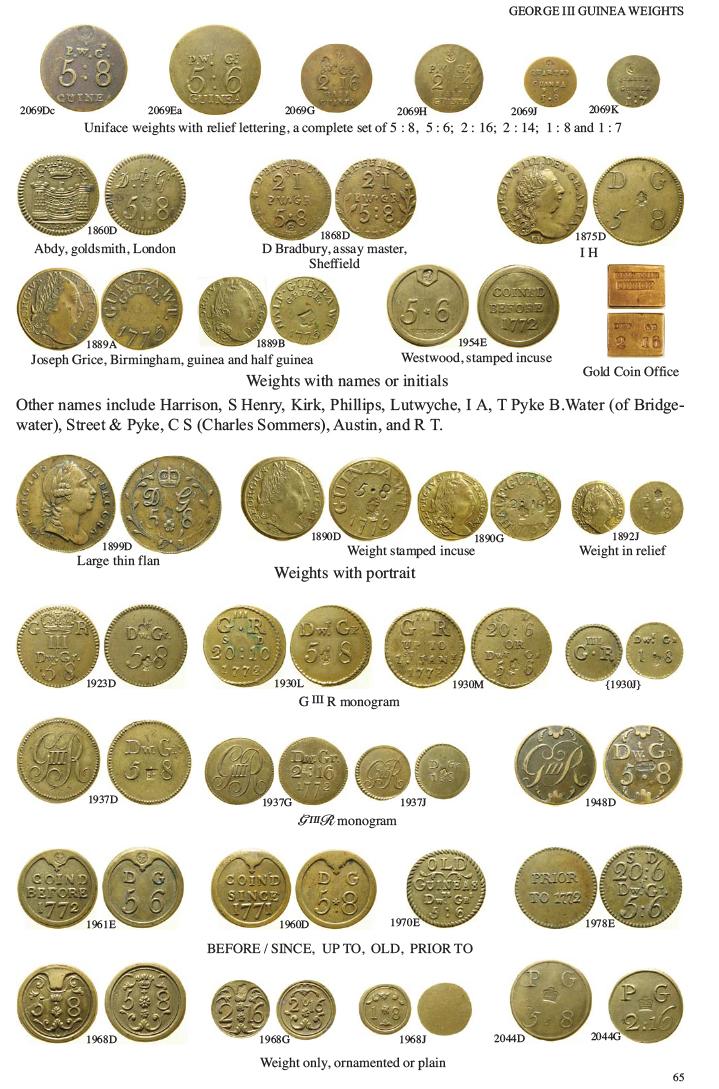 A guide to the coin-weights of England, Scotland and Ireland  P & B R Withers, 2021.  A4 paperback, 98 pages, illustrated in colour throughout, plus some b&w photos and line drawings. Contents: Introduction. Glossary. History. Edward III-Anne, the 18th Century, Weights by Kirk, Weights for the British colonies, ‘Long’ sets, Guineas and their fractions, the 19th century and Edward VII. Scotland, Ireland, Bibliography, Acknowledgements. Well over 650 items are illustrated life-size, with more than 20 enlargements of details, and 19 illustrations of boxes, labels and rocker balances, etc.
Reference numbers are the same as those used in British Coin-Weights 1993. Previously unpublished items are given new numbers in curly brackets {xxx} The two-page Glossary section is designed for the use of a wide range of readers of many nationalities, some of whom may have a limited English vocabulary, and perhaps also limited knowledge of coins and numismatic terms. It is also a listing of the more common words relating to coin-weights, in English, French, and German. Finally, there is a two-page index.

This book introduces the subject to coin collectors who are unfamiliar with coin-weights, and metal detectorists who find them and are puzzled by them. This is a guide, rather like the Stanley Gibbons simplified stamp catalogue; wherein the major types are listed, but not the minor varieties.