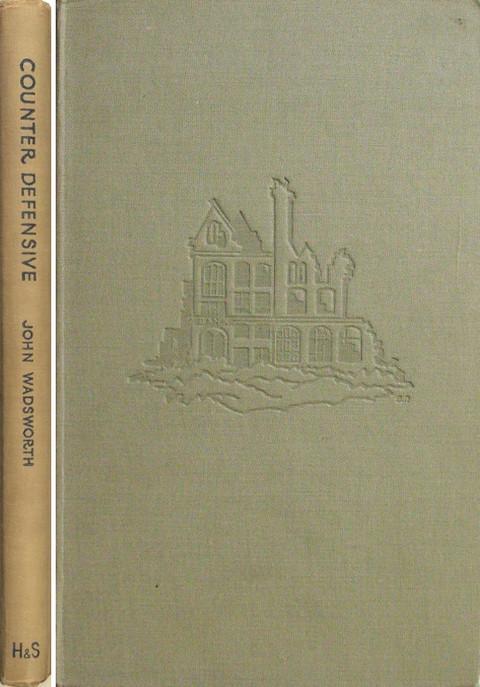 Counter Defensive, being the Story of a Bank in Battle.

John Wadsworth.  Published by Hodder and Stoughton, London.  First reprint, November 1946. HB (grey linen with blue titled spine, and a blind stamp decoration). Frontispiece* + 106 pages + 27 plates. 148 x 247mm.  A fascinating account of the Midland bank Ltd., during the war, especially that part of the book devoted to the only part of Britain occupied during the war, the Channel Islands.  No dj. Corners bumped, Top corner of the ffep has been cut off, presumably to remove a name, otherwise good.

*The frontispiece is a photograph of a 1 shilling note issued by the States of Jersey to relieve the shortage of small change during the war. Many of the plates depict branches of the London City and Midland Bank damaged by German bombing, with before and after photographs, maps, diagrams of changes in manpower, public notices etc.

The dedication reads: To all working at the branch of the Bank at CHANCERY LANE in the CITY OF LONDON with whom the author share the exhilarating days and nights of air-raids, flying bombs and rockets.