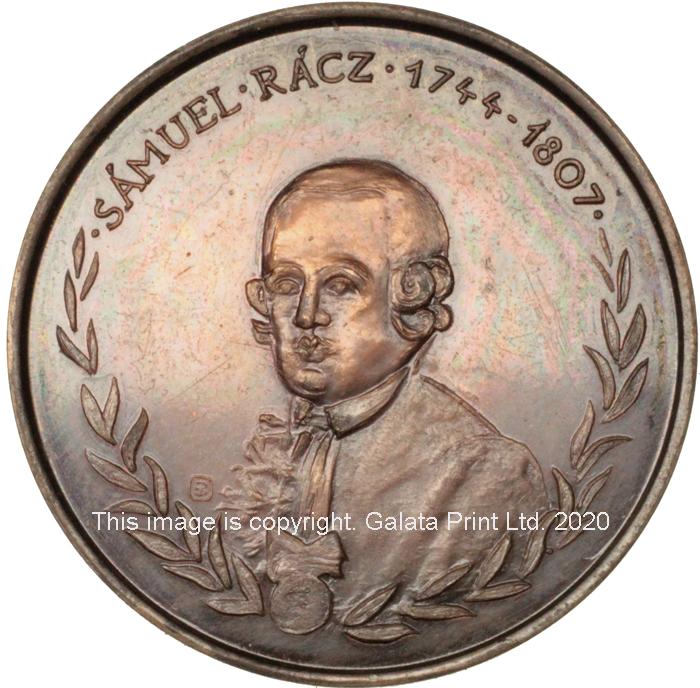 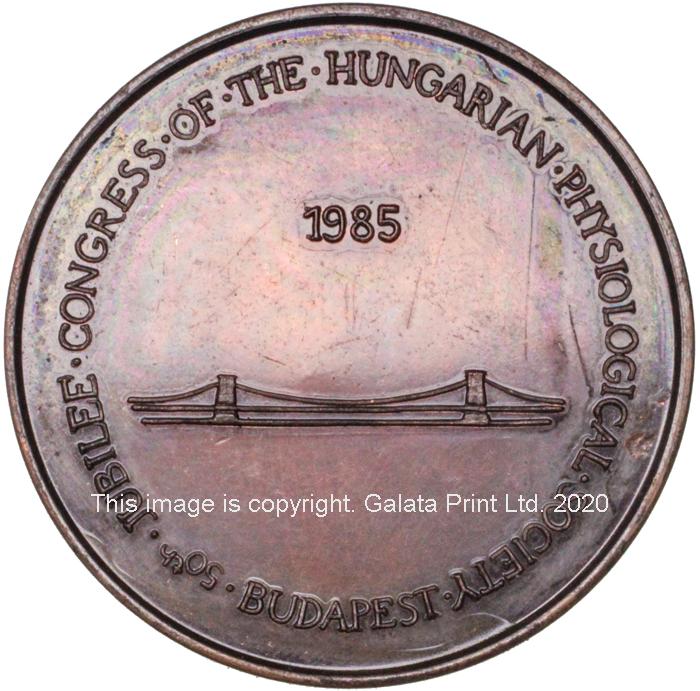 This is graded to strict British and European standards.

The medal was presented to delegates of the Congress.

The images are of the item offered for sale.

Racz was born in 1744 in Gyulafehérvár from Calvinist Szekler, eastern Transylvanian, parents János Rácz and Annamária Nemes. He converted to the Catholic faith in his younger years as a result of Jesuit influence. He went to secondary school in Kolozsvár and studied arts in Nagyszombat, which was then the first step to higher education. At the University of Vienna he studied theology and law as a Jesuit novice, but finally, rejected these and chose medicine as his career. He left the Jesuit order and obtained his medical doctor’s degree in 1773 with his essay ‘De sanitate conservanda’. He returned to Hungary in 1773 and became municipal chief health officer in Nagybánya. A year later he obtained the post of medical officer to the Treasury. In the same year, he married Borbála Rumbach, the daughter of the chief medical officer of Pest, Sebestyén Rumbach.
From 1777 he gave lectures on pathology to medical students specializing in surgery at the Faculty of Medicine in Buda. In 1783 he was appointed as a university professor of physiology and ‘higher anatomy’ (histology).  His book on physiology, the first in the Hungarian language, was published in 1789.