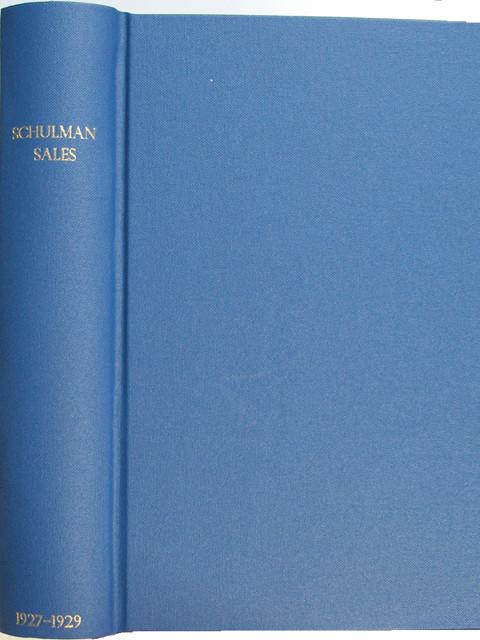 Four sales bound in one HB volume.  31 Oct, 1927:  Ancient Roman and Byzantine including several medallions of the highest rarity).  An important collection of Portuguese medallions and jetons.  Coins of Germany (incl. multiple thalers, klippe thalers, etc., and Austria.  Denmark (only 29 lots, but a pile of notable rarities including a 2 Skilling 1711 struck in gold, plus a load of earlier ducats, half and double ducats, and Norwegian speciedalers.) Papal medals.  Coins of Asia, Africa and America.  A collection of Siege money.  Medals and Jetons, Architectural medals and much, much more.   2003 lots, 196 pages + 43 plates

13 June 1928  1212 lots. 94 pages + 21 plates  A good collection of coins of the Low Countries formed by Dr M Gerstl.  An important collection of Monnaies Obsidionales et de necessité.  The collection of M Bernström of Swedish coins, including an excellent series of Riksdalers.  Ancient Greek, Roman and Byzantine  Silver and bronze coins and medallions of the World.  Seals, etc.