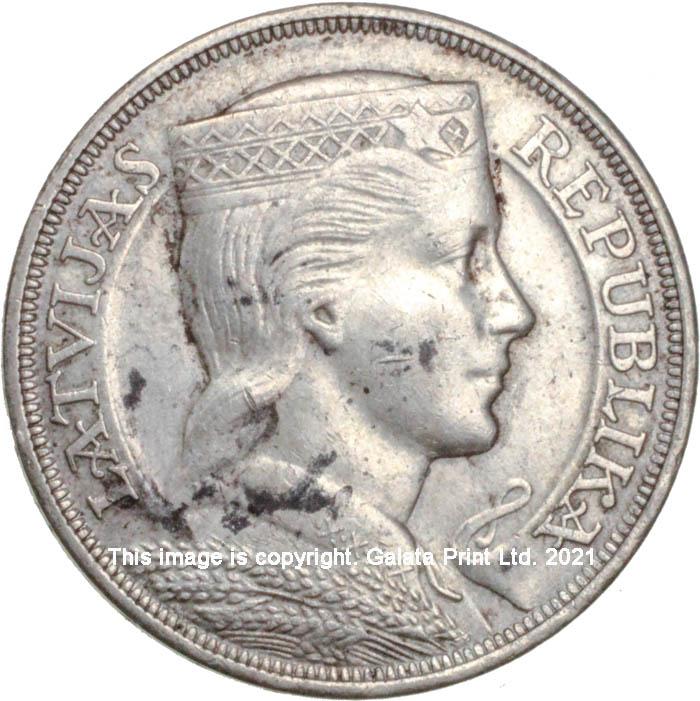 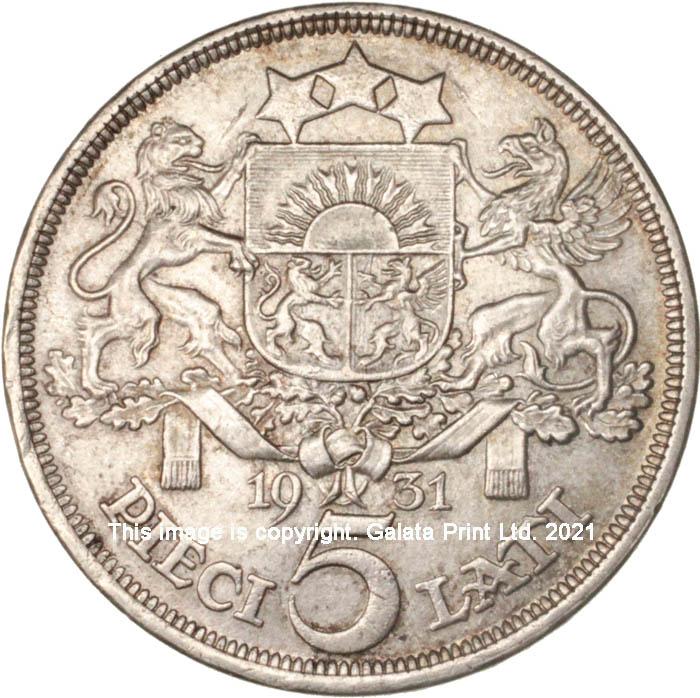 Depictions of coins and books are images of the actual item offered for sale.

This is graded to strict British and European standards.

In 1929, the Latvian Ministry of Finance issued a 5 lat crown-size coin depicting the head of a maiden, symbolising Latvia and freedom. The coin was designed by Rihards Zariņš. The coin was colloquially known as a Milda (a popular traditional Latvian woman's name). The model was Zelma Brauere (1900-1977), a proofreader in the State Securities Printing House. She also a model for other works of the artist, including the 10 lats and 20 lats banknotes and the 50 santīmi coins.

After the Soviet occupation of Latvia in 1940, lats continued to circulate alongside the Soviet ruble, although silver coins had largely disappeared from circulation. (Even before the war, Latvian people had started to hoard silver coins to prepare for the imminent crisis.) On 25 March 1941, all denominations of lats were abruptly annulled. As the general society was given no prior warning, an estimated 50 million lats were never exchanged for rubles. The people were left with suddenly-worthless coins and notes, except for sentimental value and the silver content in the coins. The Soviet authorities, however, did have 5 lats coins worth around 3.6 million lats after the lat was removed from circulation. In 1960, Soviet authorities reportedly sold silver lats coins to foreign numismatists for 28 DEM.  These coins were often bought by East German sailors who sold them to coin dealers in foreign ports because they had limited foreign currency and the E German mark was practically worthless abroad.