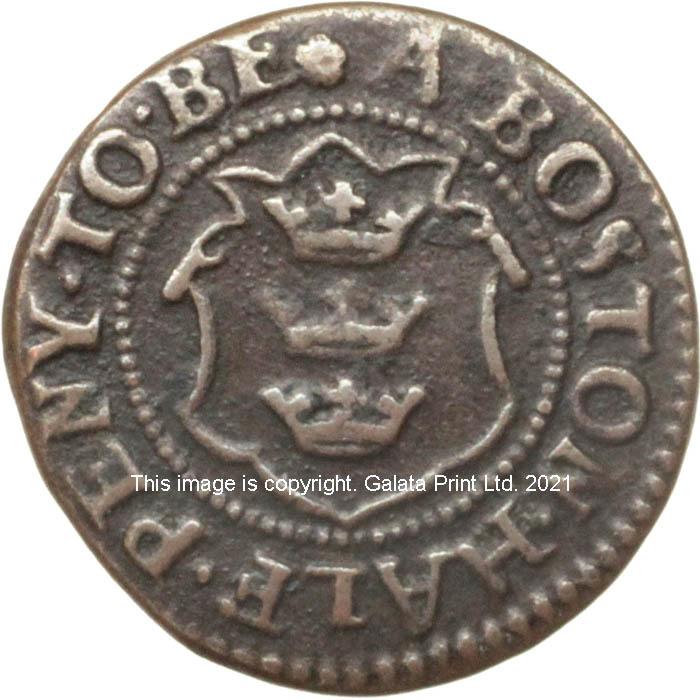 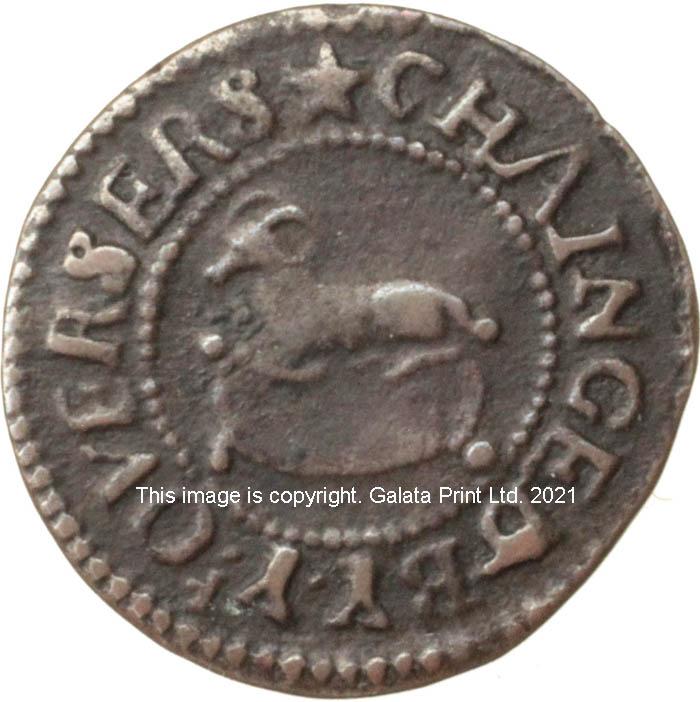 NB  All of the photographs of coins and books offered on our website are images of the actual item offered for sale.

We endeavour to grade our tokens strictly and to high standards to ensure your satisfaction.

Boston is a port and market town in Lincolnshire, about 100 miles (160 km) north of London on the Prime Meridian. It is the largest town of the Borough of Boston local government district with an estimated population of 66,900 in 2015.

Boston’s most notable landmark is St Botolph's Church ("The Stump") which is the largest parish church in England, and visible for miles. Emigrants from Boston named several other settlements around the world after their home town, most notably Boston, Massachusetts, in the USA.

During the 11th and 12th centuries, Boston grew as a notable town and port and by the beginning of the 13th century, Boston was already significant in trade with Europe and ranked as a port of the Hanseatic League. In the thirteenth century, it was said to be the second port in the country. Edward III named it a staple port for the wool trade in 1369. Apart from wool, Boston exported salt, produced locally on the Holland coast, grain, produced up-river, and lead, produced in Derbyshire and brought via Lincoln, up-river. Another local activity of the fens was fowling, and supplying ducks and geese for meat and their feathers and down for use in mattresses and pillows.

Boston was a hotbed of religious dissent. In 1612, John Cotton became the Vicar of St Botolph's and, although viewed askance by the Church of England for his nonconformist preaching, became responsible for a large increase in Church attendance. He encouraged those who disliked the lack of religious freedom in England to join the Massachusetts Bay Company and later helped to found the city of Boston, Massachusetts, which he was instrumental in naming. He eventually emigrated himself in 1633.

About the same time, work on draining the fens west of Boston was begun, a scheme which displeased many whose livelihoods were put at risk. This and the religious friction put Boston into the Parliamentarian camp in the Civil War, which began in 1642. The chief backer of the drainage scheme locally, Lord Lindsey, was shot in the first battle and the fens returned to their accustomed wetness until after 1750.