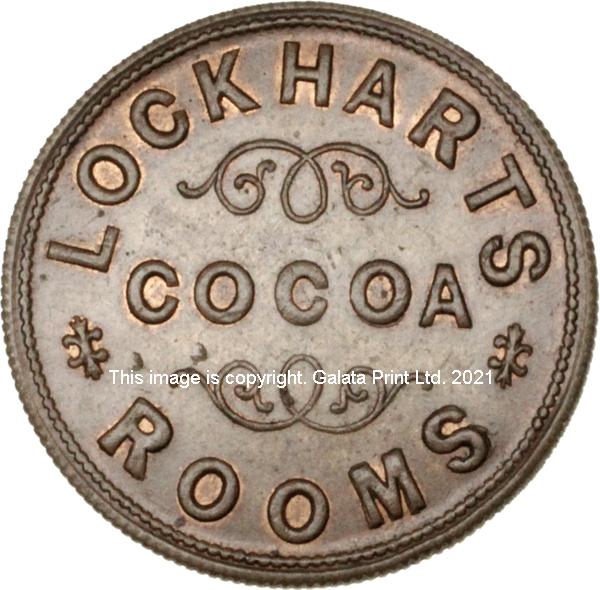 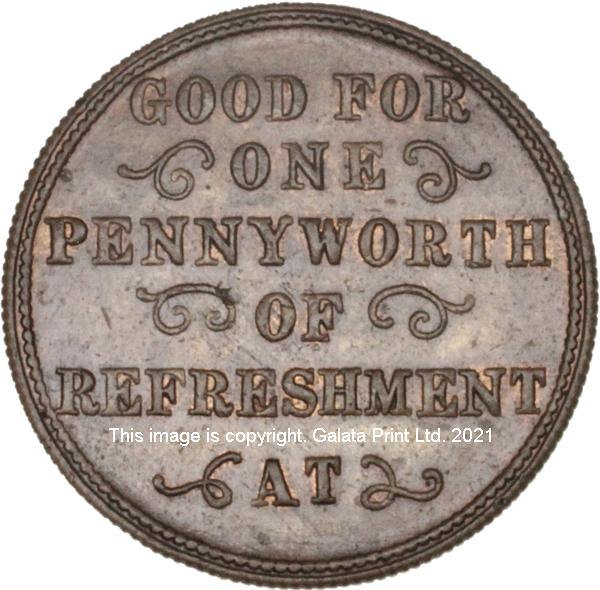 Lockhart’s Cocoa Rooms were founded in 1880, opening at 161 Westminster Bridge Rd., and other branch establishments; the name Cocoa Rooms was not used after 1901 when the shops became known as Lockharts Limited.

Cocoa Rooms, and especially Lockhart's cocoa rooms, have become an important factor in the life of the people. At first cocoa rooms, or coffee palaces' as they were then called, were the result of philanthropic or religious effort. They were to pay their way, but they did not do it. They were to provide good refreshments; but tea, coffee, cocoa and cakes were alike bad. It was not till the work was taken up as a business that any good was done with it. Now it strides forward, and though Lockhart's are the best and the most numerous, others are following and are bound to come up to, or excel, the standard so established. Very soon we shall have no length of principal street without such a place, and we shall wonder how we ever got on without them. In their rules they are wisely liberal: those who drink the cocoa may sit at the tables to eat the dinner or breakfast they have brought from home, or bringing the bread and butter from home they can add the sausage or whatever completes the meal.

Charles Booth 'Life and Labour of the People in London', 1903