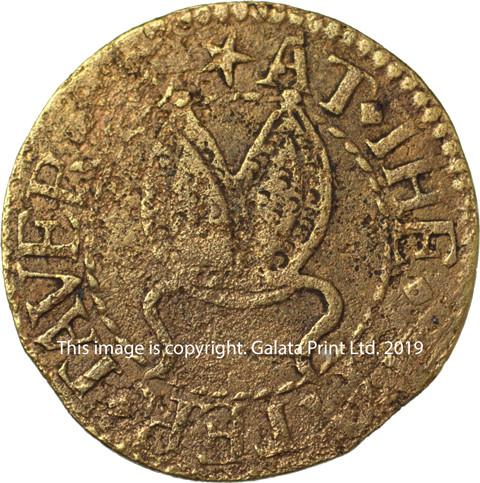 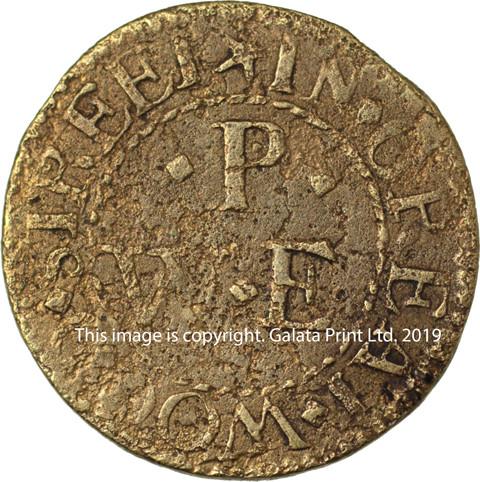 Cheapside is a street in the City of London, the historic and modern financial centre of London, which forms part of the A40 London to Fishguard road. It links St. Martin's Le Grand with Poultry. Near its eastern end at Bank junction, where it becomes Poultry, is Mansion House, the Bank of England, and Bank station. To the west is St. Paul's Cathedral, St. Paul's tube station and square.

Wikipedia says: Cheapside is a common English street name, meaning 'market place', from Old English ceapan, 'to buy' (cf. German kaufen, Dutch kopen, Danish købe, Swedish köpa, whence also chapman. There was originally no connection to the modern meaning of cheap ('low price', a shortening of good ceap, 'good buy'), though by the 18th century this association may have begun to be inferred.
Many other cities and towns from Ambleside to Wolverhampton have a street of that name. There are also Cheapsides in Bridgetown, Barbados; London, Ontario, Canada.
Lexington, and Greenfield, USA; and Saint Helier, Jersey.

Partially from George Berry’s ‘Taverns and Tokens of Pepys’ London’ (with some corrections and comments)
14 September 1660 In the afternoon Luellin (presumably this should be Llewelyn) comes to my house and takes me out to the Miter in Woodstreete, where Mr. Samford, W. Symons and his wife, and Mrs. Scobell. Mr. Mount and Chetwin. Where we were very merry - Luellin being drunk and I being to defend the ladies from his kissing them, I kissed them myself very often with a great deal of mirth, parted very late, they by Coach to Westminster and I on foot.
19 September 1660 I went and left her (Pepys' wife Elisabeth) to put on some other clothes and come after me to the Miter tavern in Woodstreete (a house of the greatest note in London), where I met W. Symons and D. Scobell and their wifes. Mr. Samford, Luelling, Chetwind, one Mr. Vivion, and Mr. White, formerly chaplin to the Lady Protectresse (and still so, and one they say that is likely to get my Lady Francesse for his wife). Here we were very merry and had a very good dinner - my wife coming after me hither to us. Among other pleasures some of us fell to Handycapp, a sport that I never knew before, which is very good. We stayed till it was very late and it rained sadly; but we made shift to get coaches and so home and to bed.
31 July 1665 In the meantime there coming a citizen thither with his horse to go over, that told us he did come from Islington this morning, and that Proctor the vintener of the Miter in Woodstreet, and his son, is dead this morning there - of the Plague. He having laid out abundance of money there - and was the greatest vintener for some time in London for great entertainments.

William Proctor, vintner at the Mitre Tavern in Wood Street from 1635 until his death of the plague in 1665 is one of twelve token issuing taverners mentioned by name in Pepys' Diary. The baptismal and burial registers of St Michael's Wood Street contain several references to the children of William and his wife, Elizabeth. They had ten children born between 1639 and 1654. William Proctor's death recorded in the Diary is confirmed in Richard Smith's Obituary, '1st August 1665 Mr William Proctor, Vintner at ye Mitre in Wood Street with his young son, died at Islington (insolvent) ex peste'. The parish registers record the burial of William and his son George, 'Both in one grave ye 31st July'. George was only sixteen when he died. That indefatigable researcher into London's past, Dr Kenneth Rogers, gives numerous references to the Mitre which he found in the Churchwardens' Accounts of St Michael's Huggin Lane covering a period of a hundred years (1620-1718). These accounts help to provide an approximate date list of the vintners at the Mitre: Mallaber 1620-30 George Chamberlayne 1630-35 William Proctor 1635-65 Thomas Ailay 1666-81 Mr Burscoe - 1718 There was obviously a close connection between St Michael's Church and the tavern. In 1655, for instance, the parish meeting took place at the Mitre, and William Proctor's bill for wine for the church amounted to £7-11-6. William Proctor, who issued the first token before his death in 1665, must have been extravagant in his living, for he died insolvent. We know that his tavern was a large one, it was assessed at 29 hearths in the Hearth list of 1664-5. The reference to the Mitre in this list is an interesting one in that William Proctor's house is shown as being empty for a period of six months.
As one would expect from Pepys' remark about the reputation of the Mitre, there was a close connection between this tavern and the Vintners' Company, especially during the years 1645-63. William Proctor was a searcher for the Company in 1645 and again in 1651. Company dinners were held at the Mitre on several occasions.