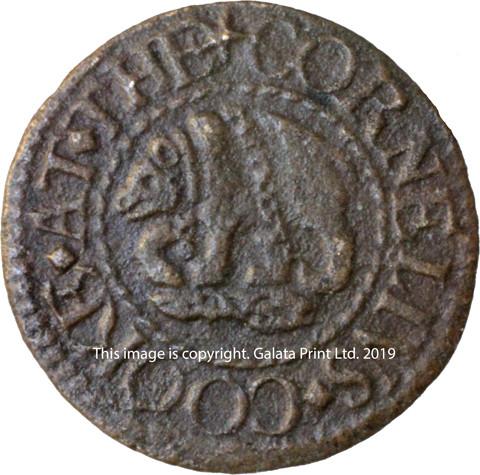 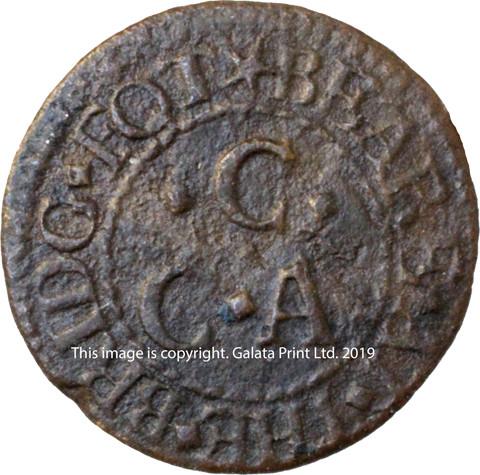 The Bear tavern at Bridge Foot, Southwark was one of a number of Southwark inns which gained fame and fortune both in the Middle Ages and in Tudor and Stuart times. First mentioned in 1319, in 1429 it was referred to as a 'brewhouse with a tavern thereto, belonging in the parishes of St Mary Maudline and St Olaves'.  In March 1463 it was visited by Sir John Howard, later Duke of Norfolk, who enjoyed target practice in the grounds of the Bear near the water's edge.  It had an ideal position, for not only did it lie on the main London to Canterbury road, but its position close by the Southwark end of London Bridge attracted water traffic.  George Berry says : 'There is an interesting reference to the Bear in a letter by Gerrard to Lord Strafford (January 1633): 'All back doors to taverns on the Thames are commanded to be shut up, only the Bear at the Bridge Foot is exempted, by reason of the passage to Greenwich'. The Bear's strategic position is thus emphasised once again.'
The Bear also figures in a number of ballads of the Commonwealth period and is mentioned no fewer than 11 times by Pepys in his diaries. The most notable of which are:
10 September 1660  So we returned and landed at the Beare at the bridge-foot, where we saw Southwark faire (I having not at all seen Bartlmew fayre); and so to the towre-wharfe, where we did hire two Catches...
26 October 1664  Dark when we came to London, and a stop of coaches in Southworke; I stayed above half an hour and then light; and finding Sir W. Batten's coach, heard they were gone into the Beare at the Bridge-foot, and thither I to them. Presently, the stop is removed; and then going out to find my coach I could not find it, for it was gone with the rest. So I fain to go through the dark and dirt over the bridge, and my leg fell in a hole broke on the bridge; but the constable standing there to keep people from it, I was ketched up, otherwise I had broke my leg - for which mercy the Lord be praised.
14 September 1665 And having taken a copy of my Lord's Letter, I away back again to the Bear at the Bridge-foot, being full of wind and out of order, and there called for a biscuit and a piece of cheese and gill of sack - being forced to walk over the Bridge toward the Change, and the plague being all there-abouts.
24 February 1667  This night, going through bridge by water, my waterman told me how the mistress of the Beare tavern at the bridge-foot did lately fling herself into the Thames and drownded herself, which did trouble me the more when they tell me it was she that did live at the White Horse tavern in Lumbard-street; which was a most beautiful woman, as most I have seen . . .
3 April 1667  Here I hear how the King is not so well pleased of the marriage between the Duke of Richmond and Mrs. Stewart as is talked; and that he by a wilde did fetch her to the Beare at the Bridge-foot, where a coach was ready, and they are stole away in to Kent without the King's leave; and that the King hath said he will never see her more, but do think that it is only a trick.
21 September 1668  So giving them a bottle or two of wine, I away with Payne the waterman; he seeing me at the play, did get a link to light me, and so light me to the Beare, where Bland my waterman waited for me, with gold and other things he kept for me, to the value oI 40£ and more, which I had about me for fear of my pockets being cut. So by link-light through the Bridge, it being mighty dark, but still water; and so home -
Not only was the inn famous, Cornelius Cooke, the issuer of the token, was a notable name of the time and he appears several times in the parish accounts. As early as 1630 he was overseer on the land side. Williamson states that during the Civil War he became a captain of trained bands and eventually he was a colonel in Cromwell's army. At the end of hostilities he settled down as landlord, and issued his token, which is early in style, probably in the 1650s. Although he was a church warden of St Olave's in 1641, his nonconformist tendencies are evident in his helping to pull down the altar rails of the church. For which, together with others he was put in the pillory and given a heavy fine. The curate claimed that they insisted on his giving the sacrament to them sitting after 500 had received it kneeling and they told him that if he did not, they would drag him about the church by the ears.
Southwark.   Although the area was settled in the Roman period when it was the lowest bridging point of the Thames the name ‘Suthriganaweorc’ is of Saxon origin and dates from the 9th century.  In the Domesday Book of 1086, it is known as ‘Sudweca’ meaning 'southern defensive work' the southern location refering to the City of London to the north, and Southwark was at the southern end of London Bridge where it had an ideal position, for not only did it lie on the main London to Canterbury road, but its position close by the Southwark end of London Bridge attracted water traffic.