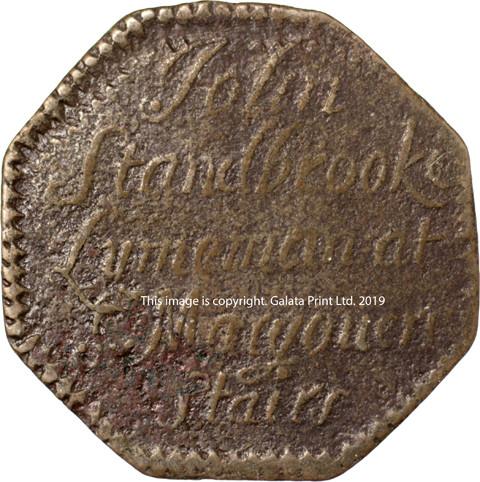 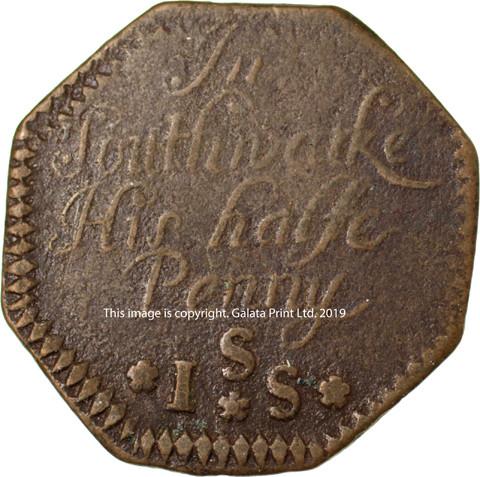 St Mary Overies Stairs.  The name means St Mary “over the river”, that is, St Mary on the south side of the Thames.
The Legend of Mary Overie inscribed in stone next to the dock named after her in Southwark, London:
Ferrying passengers across the River Thames was a lucrative trade. According to legend before the construction of London Bridge in the tenth century a ferry existed here. John Overs who, with his watermen and apprentices, kept the 'traverse ferrie over the Thames', made such a good living that he was able to acquire a considerable estate on the south bank of the river.
John Overs, a notorious miser, devised a plan to save money. He would feign death believing that his family and servants would fast out of respect and thereby save a day's provisions. However, when he carried out the plan, the servants were so overjoyed at his death that they began to feast and make merry. In a rage the old man leapt out of bed to the horror of his servants, one of whom picked up a broken oar and 'thinking to kill the Devil at the first blow, actually struck out his brains'.
The ferryman's distressed daughter Mary sent for her lover, who in haste to claim the inheritance fell from his horse and broke his neck. Mary was so overcome by these misfortunes that she devoted her inheritance to founding a convent into which she retreated.
This became the priory of Saint Mary Overie, Mary having been made a saint on account of her charity. During the Reformation the church of St Mary Overie was renamed St Saviour's Church. In 1905 it became Southwark Cathedral and the collegiate church of St Saviour and St Mary Overie.
The dock, meanwhile, is now the berthing place of the Golden Hinde II, a sea-worthy replica of the flagship in which Elizabethan explorer Sir Francis Drake circumnavigated the globe - the one that appears on bronze halfpennies, of George VI and Elizabeth II, 1937 - 1967.
Wikipedia says that watermen's stairs were semipermanent structures that formed part of a complex transport network of public stairs, causeways and alleys in use from the 14th century to access the waters of the tidal River Thames in England. They were used by watermen, who taxied passengers across and along the river in London.  Such stairs were used at high tide, and causeways were used at low tide, built down to the littoral water level from street level, their location being memorised during a waterman's apprenticeship.  Stairs were recognised by custom and practice as safe plying places to pick up and put down passengers and were a valuable aid to rescue if anyone was unfortunate enough to fall into the river, as they were often built adjacent to a public house.