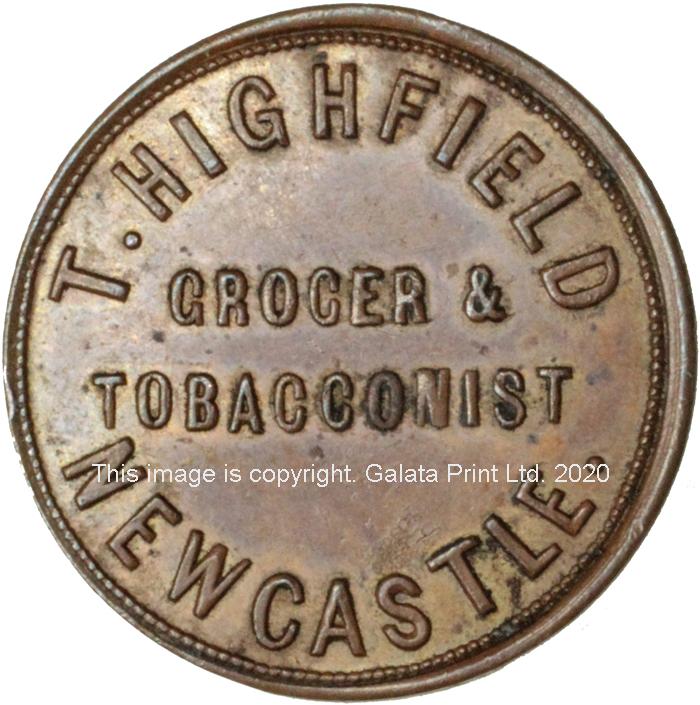 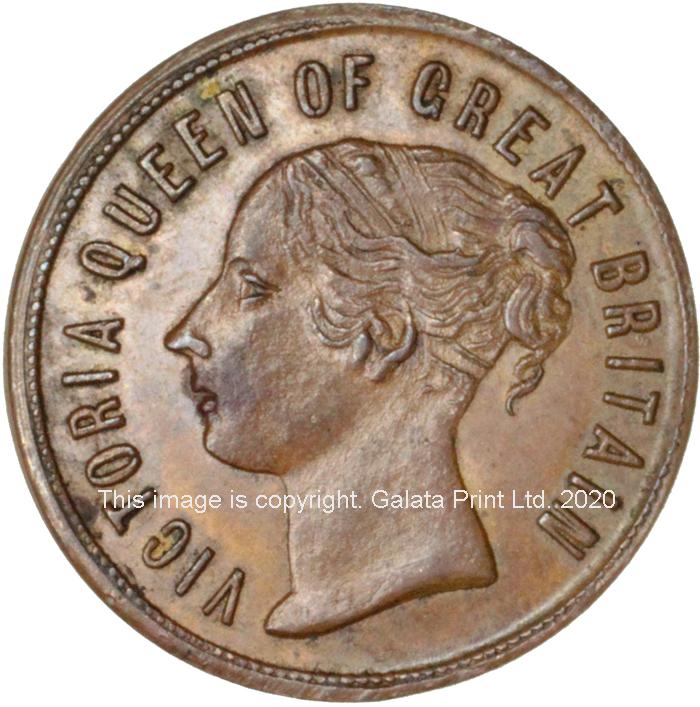 Depictions of tokens are images of the actual item offered for sale.

The issuer of these tokens is something of a puzzle, for in 1861 there were two grocers of the same name in Newcastle, one in Red Lion Square and the other in Penkhull Street. Given that there are two tokens, they may both have been token issuers !