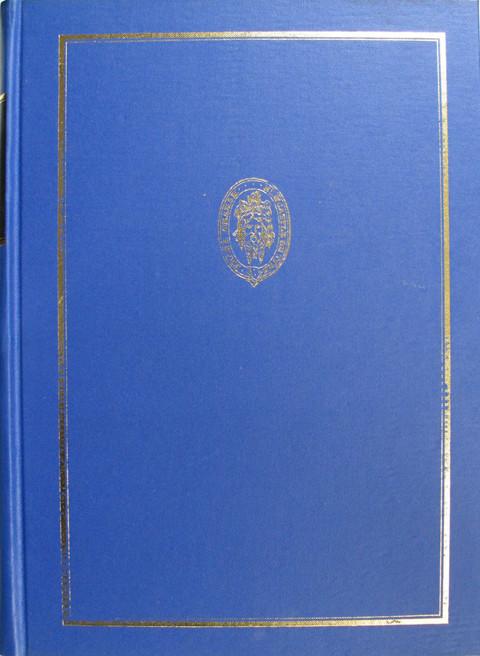 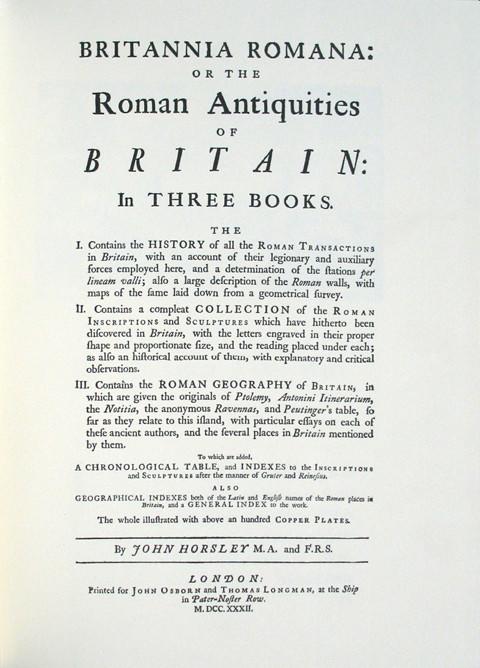 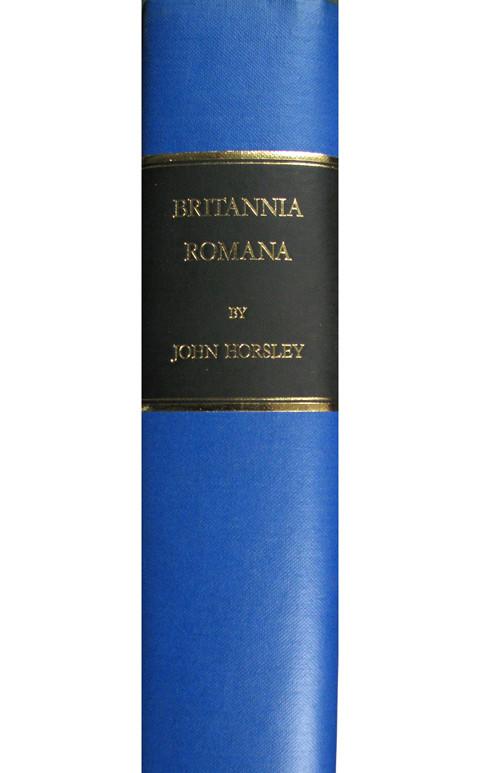 BRITANNIA ROMANA: or the Roman antiquities of Britain: Minor spotting to top edge.

This is in three books:  I. Contains the history of all the Roman transactions in Britain, with an account of the legionary and auxiliary forces employed here, and a determination of the Stations per lineam valli; also a large description of the Roman walls, with maps of the same laid down from a geometrical survey.

II. Contains a complete collection of the Roman inscriptions and sculptures which have hitherto been discovered in Britain.

III. Contains the Roman geography of Britain, in which are given the originals of Ptolemy, Antonini Itenerarium, the Notitia, the anonymous Ravennas, and Peutinger's table, so far as they relate to this island, with particular essays on each of these ancient authors, and the several places in Britain mentioned by them.