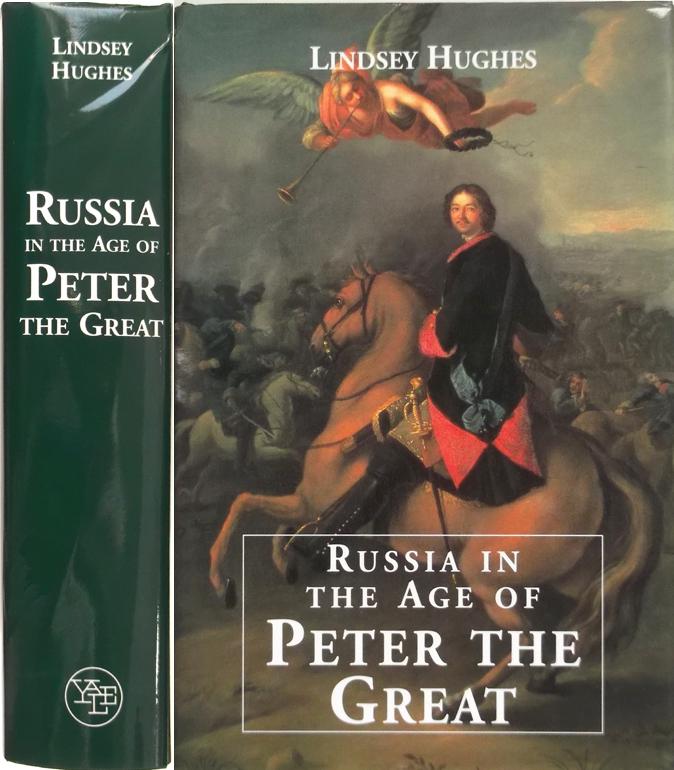 Russia in the Age of Peter the Great.

Depictions of books (and coins) are unretouched images of the actual item offered for sale.
Publisher’s information.
Peter the Great, often known as the Tsar Reformer, initiated a program of modernization and Westernization that affected the lives of all his subjects. He founded a new capital, St. Petersburg, which became a symbol of cultural change, and a navy, which signalled Russia’s emergence as a maritime power. He also reinforced the old institutions of serfdom and autocracy. This magisterial book — a history of Peter and the Russia he governed — examines the impact of a man who was both acclaimed as the architect of the New Russia and condemned as a crude despot who sacrificed cherished traditions for the sake of international success.

Drawing on previously unavailable sources, professor Hughes provides an engrossing account of one of the most significant periods in Russian history. She proceeds thematically, discussing Russia’s foreign policy, the army and navy, economy, governing institutions, society, arts, education, and religion. She explores the experience of women and investigates the life of the court (including Peter’s “All-Drunken Assembly”), feasts, entertainments, and popular culture. Although the book is not a biography, Peter is a vivid presence throughout—a six-foot-seven-inch giant (2 metres) who enjoyed the company of dwarfs and ordinary people, adopted disguises and pseudonyms, married a peasant, and had a passion for cultural reform. Hughes recounts the events that shaped Peter’s youth, provides an intimate character sketch and explores his complex family relations (including the tragic conflict with his eldest son Alexis, whom he condemned to death). Her account closes with a reconsideration of the Petrine legacy from Peter’s time to our own, as his name and image become harnessed to sell beer and cigarettes and the erection of his statue provokes recent controversy.

Lindsey Hughes is professor of Russian history at the School of Slavonic and East European Studies, University of London.