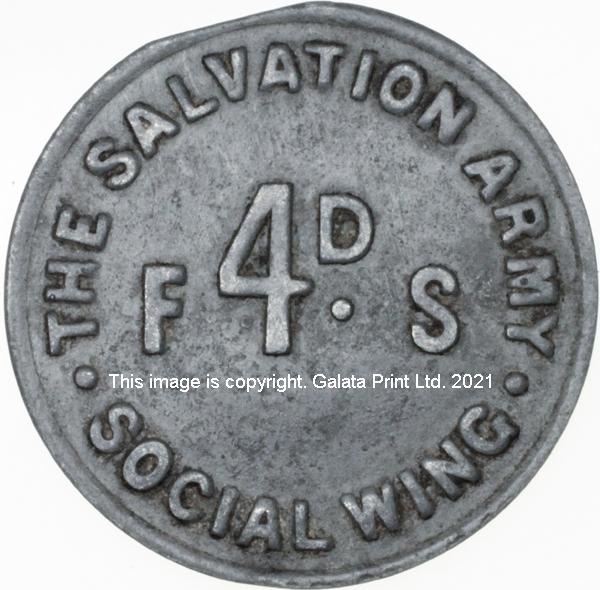 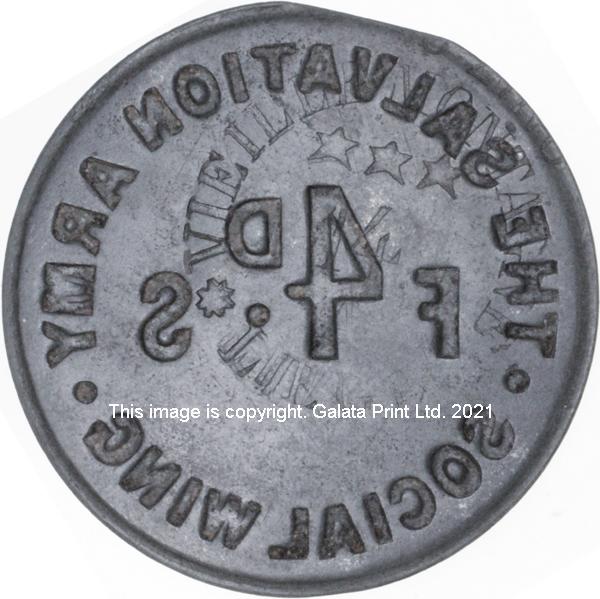 The stamp visible on the reverse would be on the rolled sheet metal supplied to the makers of the tokens, so only  some of the tokens will display this.  It confirms the dating of the tokens to the 1880-90s.

Vielle Montagne Mine = Altenberg Mine, Kelmis, Liege, Belgium.  The zinc ore occurs as the so-called “Galmei” or “Calamine” (an intergrowth of Smithsonite, Hemimorphite, and Willemite). Only traces of sulfides occurred along the walls of the open pit.  Between 1837 and 1884 some 1,414,328 tonnes of calamine was produced.
The open cut mine Altenberg (Kelmisberg) mountain was located north of the road leading from Aachen to Liège. The mine was abandoned in 1884. Today the open cut is refilled.  The mine was located in "Neutral-Moresnet", in Kelmis, (La Calamine), which was an independent state for a little over a century until, in 1920, there came an end to its independence and it became a part of Belgium.