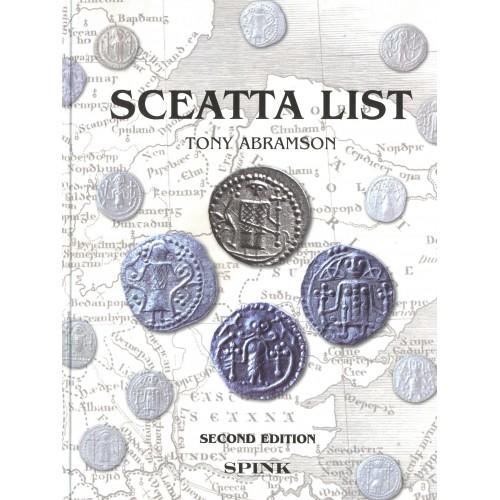 This second edition of Sceatta List adds more than a hundred new varieties of early pennies. It builds on the work of pioneers in the field – Rigold, Metcalf, Blackburn and Gannon. While this topic, with its huge variation in designs, has more than its fair share of difficulties, the author has always sought to make the subject more accessible to occasional users. This is achieved through the generous use of illustrations, the majority taken from his own collection housed at the Fitzwilliam Museum, Cambridge. Moreover, the author provides insight to the organisation, dating and designs of this seventh- to eighth-century medium of exchange where the medium is the message, though often obscured by the passage of time.
The volume is essentially for – and essential to – collectors, curators, cataloguers, detectorists and dealers, among others, and includes guidance on scarcity and values.

Tony Abramson has lectured and published widely on early Anglo-Saxon coinage, has been President of the Yorkshire Numismatic Society since 2011 and organises biennial symposia in early medieval coinage. These services were recognised by the award of the British Numismatic Society’s Jeffrey North Medal in 2017.

Originally priced at £50, now reduced to