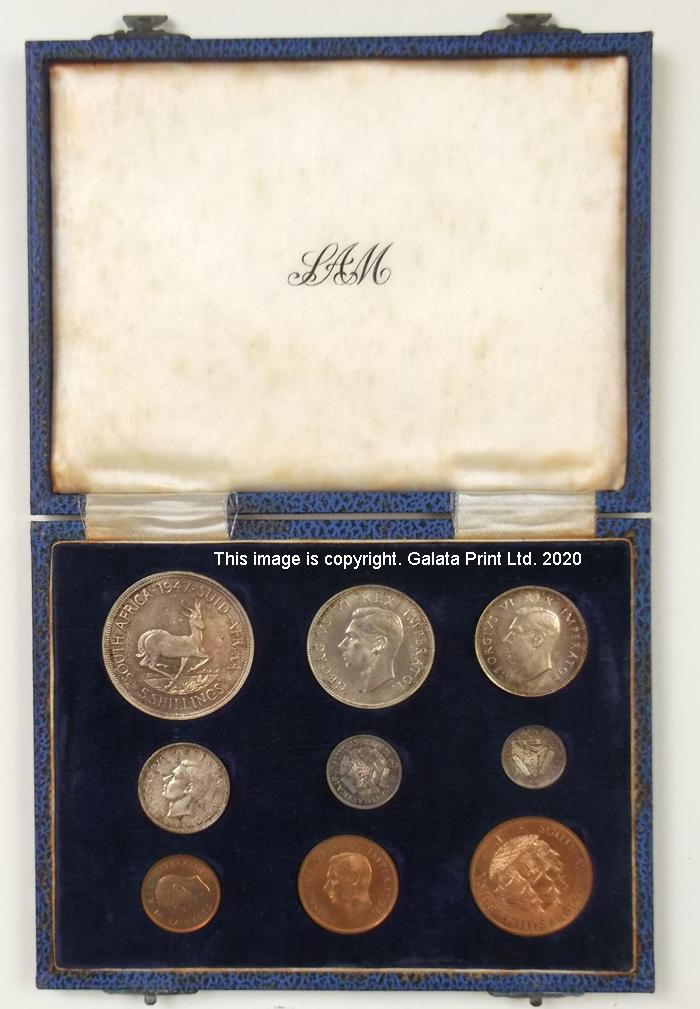 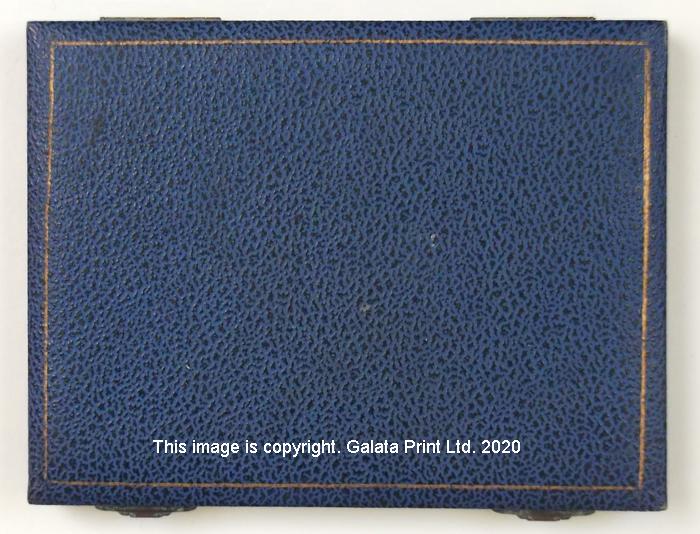 The farthing depicts a pair of domestic sparrows, the halfpenny and penny depict the Dromedaris - a three-masted sailing ship, the 3d and 6d a Protea flower, the shilling a depiction of Hope with an anchor; the florin and halfcrown have the Union arms, and the crown a springbok.
The portrait of the King is the work of Humphrey Paget.  Apart from the crown, which was designed by Coert Steynberg (1905-1982), , all the reverses were designed by Kruger Gray.

The Dromedaris was one of the two ships of Jan Van Riebeeck, the first Commander of the Cape from 1652.