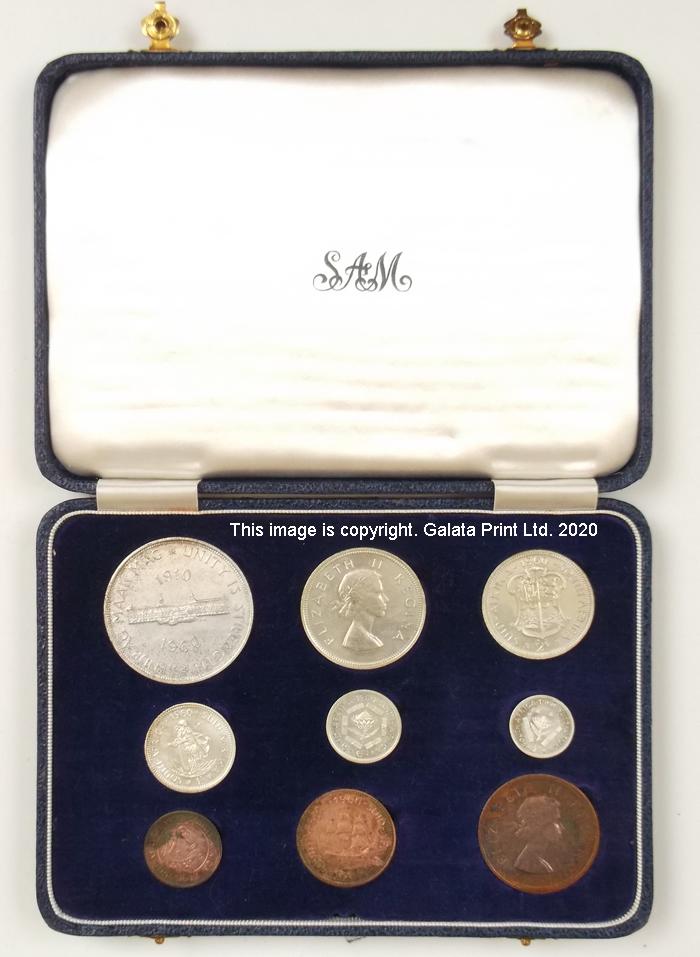 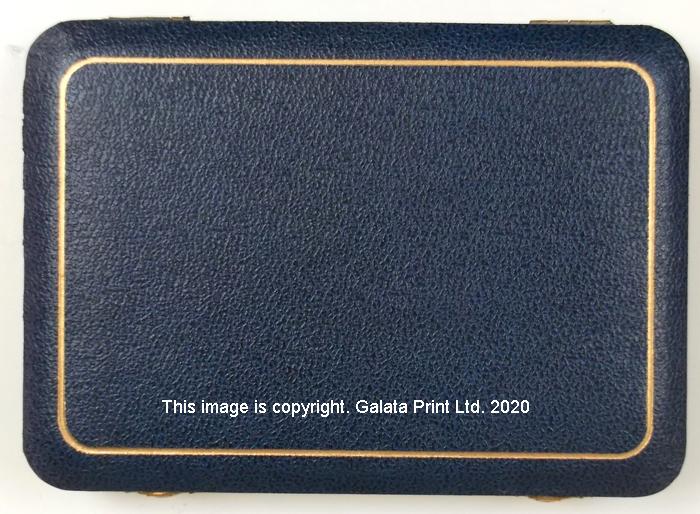 The farthing depicts a pair of domestic sparrows, the halfpenny and penny depict the Dromedaris - a three-masted sailing ship, the 3d and 6d a Protea flower, the shilling a depiction of Hope with an anchor; the florin and halfcrown have the Union arms, and the crown the parliament building.
The portrait of the Queen is the work of Mary Gillick.  Apart from the crown, which was designed by Hilda Mason, all the reverses were designed by Kruger Gray,

The Dromedaris was one of the two ships of Jan Van Riebeeck, the first Commander of the Cape from 1652.