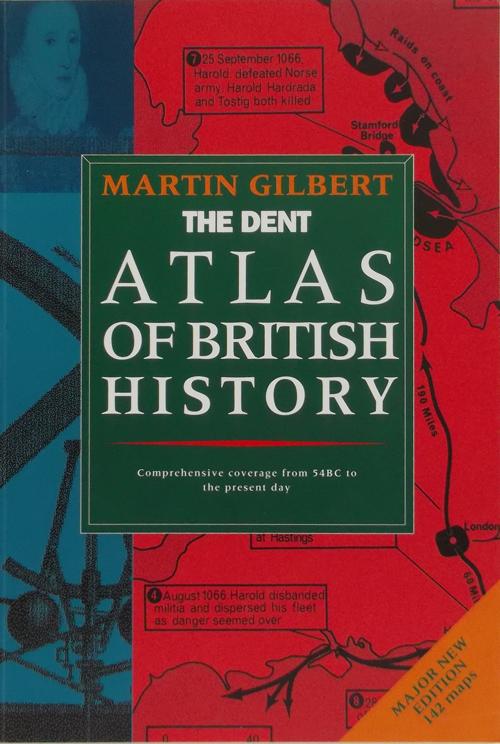 The Dent Atlas of British History

A map history of Britain from the time of the Celts and the Romans to the Twenty-first Century, in 214 maps. The evolving story of the British Isles forms the central theme of this fascinating and compelling atlas, which covers England, Ireland, Scotland and Wales – and the expansion and gradual disintegration of Britain’s overseas empire. This edition includes: politics, war and conflict, trade and industry, religion, society and economics and immigration.

The author says: “The story of the British Isles forms the central theme. I have included maps to illustrate economic, social and political problems. I hope this Atlas will help to show that there is more to British history than Hastings and Crecy, Blenheim and Waterloo, Passchendaele and Dunkirk, all of which moments of glory I have tried to put in their wider, and no less important, contexts.”

An example is the map “Old Enemies, New Nations: State Visits 1955-1992”
In 1945 Britain was part of the coalition which had defeated Germany, Italy and Japan. She was also a power with overseas possessions including the Indian Empire and large tracts of Africa. Forty years later the Empire was no more, and the defeated States were political allies and economic associates. The British Head of State, Queen Elizabeth II, made frequent visits to countries with which Britain had achieved, or with which she sought, good relations, including an ideological adversary, Communist China. This map shows State Visits from the first, in 1955, to 1992.”

Depictions of books (and coins) are unretouched images of the actual item offered for sale.