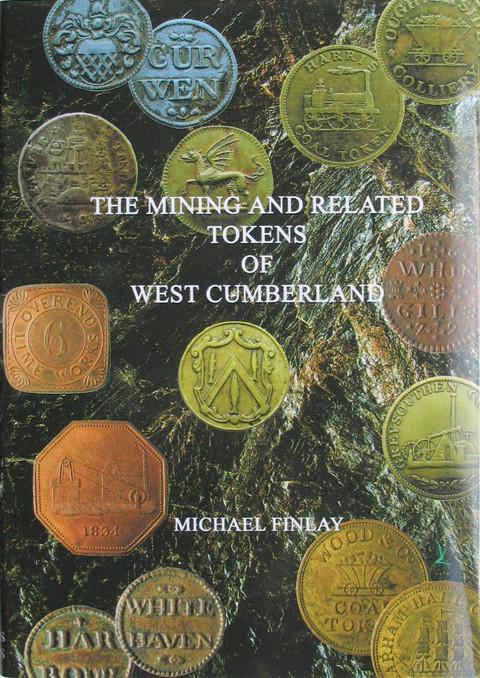 The Mining and related Tokens of West Cumberland

Michael Finlay.  Published by Plains Books, 2006. HB (black cloth with gilt-lettered spine) With pictorial printed jacket. viii + 196 pages, profusely illustrated, mostly in colour.  Includes a background history, biographies of the issuers, maps, etc.  Many of the pieces illustrated come from the author's signifcant collection. An excellent work. Highly recommended.  A limited edition of 500 copies.  A4 (204 x 298mm).  New and unopened.  Signed and numbered by the author.

About the author:
Born in Carlisle in 1935, Michael Finlay was educated at the local Grammar School prior to nine years in the Army, serving in Korea, Japan, Malaya and BAOR. On leaving the army, he undertook a four-year course for the National Diploma in Design, as a mature student, followed by a year at Newcastle University where he received a Diploma in Education.
He became been active in the world of fine art and antiques, firstly as a self-employed dealer in antiques and Member of the BADA, more recently in the auction field, as a Fellow of the Society of Valuers and Auctioneers, cataloguing for a number of local auctioneers, and latterly as a Fellow of the Royal Institution of Chartered Surveyors. From 1987 until semi- retirement in 1998, he was manager of the Carlisle branch of Phillips Fine Art Auctioneers, now Bonhams. In 2005, working for Penrith Farmers' & Kidd's, plc, he catalogued his first coin auction, of the M S Dudley Westropp Collection, a highlight of which was a very much unexpected world-record price of £4,600 obtained for an Irish Vox Populi farthing of 1760 in exceptionally fine state, said to be 'probably the best example extant'.
He was an accomplished calligrapher and his first book, published in 1990, was ‘Western Writing Implements in the Age of the Quill Pen’ which achieved the distinction of being chosen by the Daily and Sunday Telegraph's reviewer, John Keegan, as his ‘Book of the Year’, in their 1990 Christmas book feature.