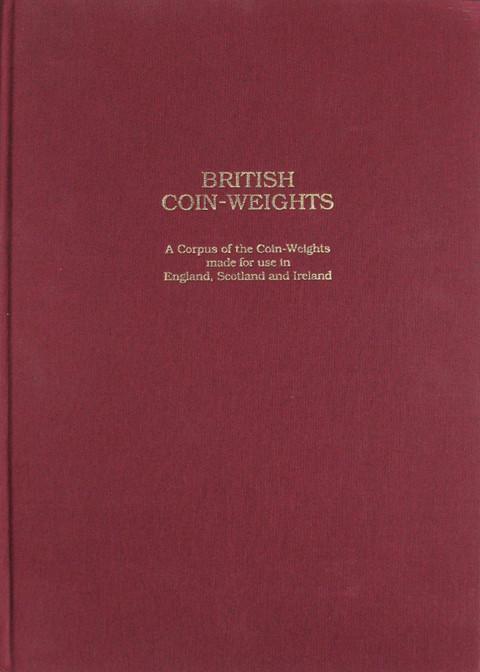 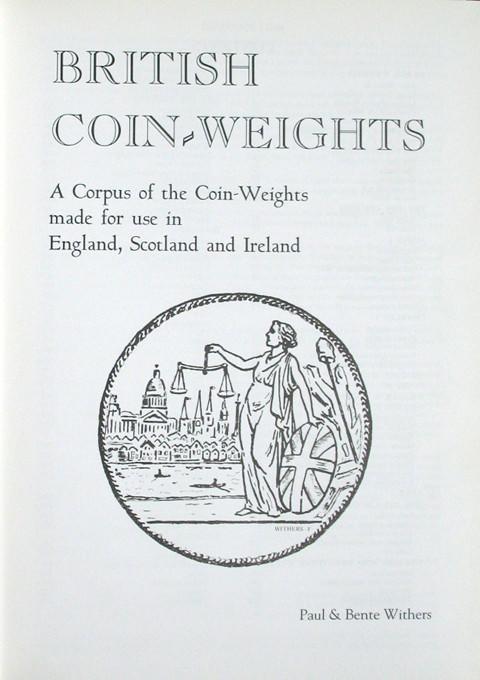 Paul & Bente R Withers. Published by Galata Print Ltd., Llanfyllin. 1993.  HB (burgundy cloth with gilt title and spine).  A4 (210 x 297mm) 368 pages, illustrated throughout with good life-size b&w photographs + 12 page price supplement.  Each type and variety illustrated.  This covers the coin-weights made and used in England, Scotland and Ireland for use in the British Isles.  It is the standard reference work on the subject.  New. Unused.