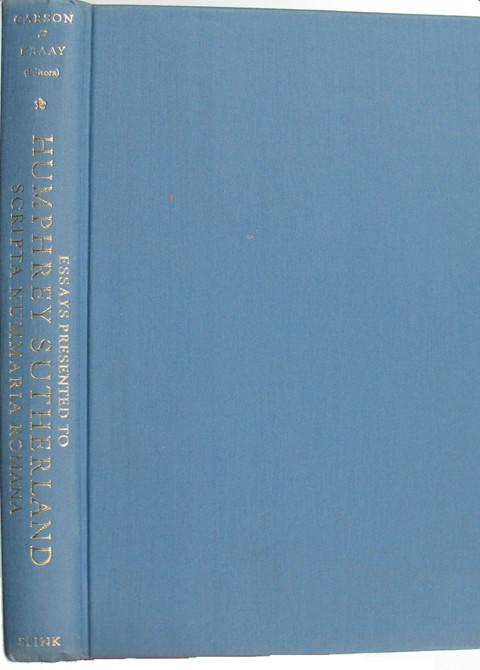 Carol Humphrey Vivian Sutherland, CBE, MA, D.Litt., FBA, FSA, (5 May 1908 – 14 May 1986), known as Humphrey Sutherland, was a numismatist. He was educated at Westminster School and Christ Church, Oxford. In 1932 he became an assistant keeper in the coin room at the Ashmolean Museum, and from 1939 he also lectured in numismatics at the University of Oxford. He was appointed keeper of the coin room in 1957 and retired in 1975. He was awarded the medal of the Royal Numismatic Society in 1954. He was the younger brother of the famous artist and designer, Graham Vivian Sutherland OM (1903–1980) notable for his work in glass, fabrics, prints and portraits.