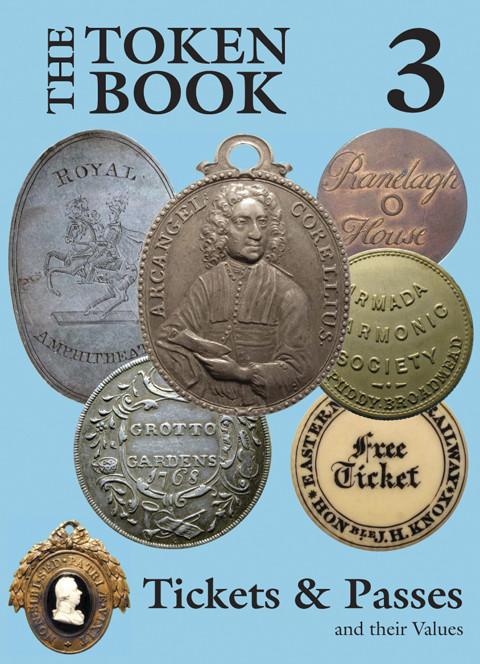 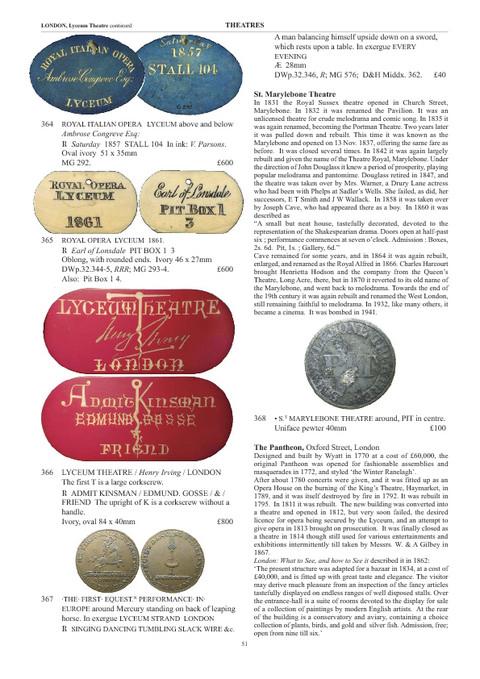 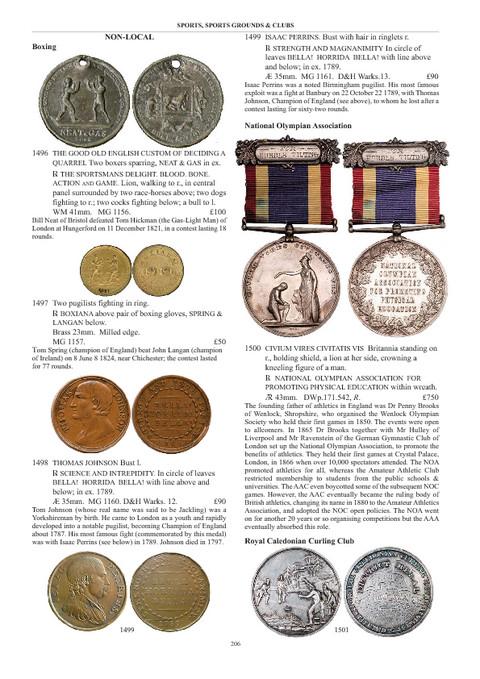 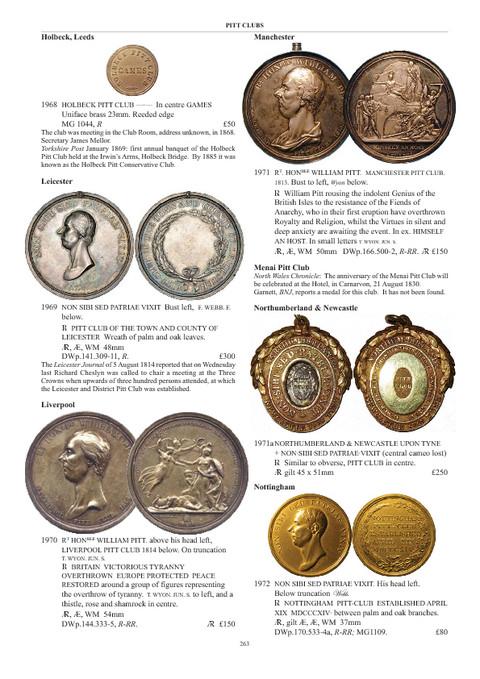 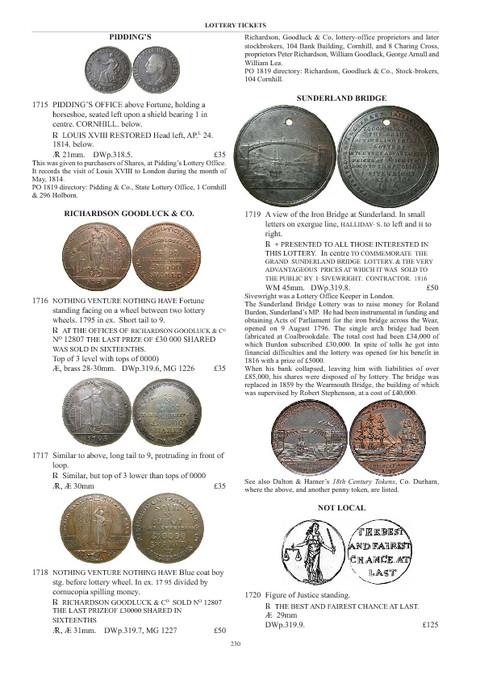 THE TOKEN BOOK 3 - TICKETS & PASSES and their values

Paul & Bente R Withers. Published by Galata Print Ltd., Llanfyllin, 2016.  A4, HB with pictorial laminated cover. 432 pages. Over 3050 catalogue entries, of which more than 2600 are illustrated. Illustrated in colour and b&w throughout the text. Rarity ratings, valuations.  Edition limited to 250 copies. New.

This was in preparation for over 20 years.  It is based on Tickets and Passes: struck or Engraved on Metal, Ivory, etc. for use at Theatres, Public Gardens, Shows, Exhibitions, Clubs, Societies, Schools and Colleges; also Truck Tickets, Colliery Checks, Railway Passes, Gambling, Lottery and Racing Tickets, etc., by W J Davis & A J Waters, which was delayed by the 1914-18 war and not published until 1922.  To make it more comprehensive, we combined it with those items in the Montague Guest catalogue Catalogue of the Montague Guest collection of Badges, Tokens and Passes presented in 1907 to the Department of British and mediaeval antiquities, British Museum. (This was catalogued by R A Smith, 1930) that were not already in D&W and included estimated values. The D&W original was printed in an edition of just 150 copies, and even the Spink 1974 reprint is now long out of print and so much in demand that US book dealers are asking 350 USD for it.
Much of the popularity of the D&W and MG catalogues was because they sometimes had information about the pieces, and/or the establishments that issued them, in what Davis and Waters called ‘Occasional Notes’. To make this new volume even more useful we have greatly increased the number, length and scope of such notes.
The new work has in excess of 3050 carefully-selected entries and extends to 430 A4 pages. Further, the original works have been corrected, expanded and, where possible, illustrated in colour, for over 2,600 of the listings. There are valuations and/or rarity for the majority of the listings

NB This is only available from Galata Print Ltd.